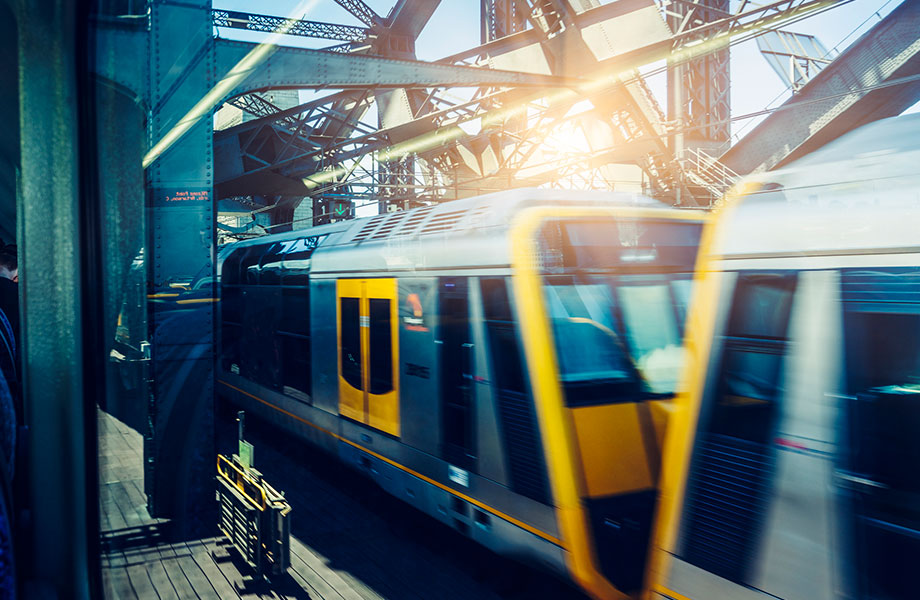 The Queensland state budget unveiled by treasurer Jackie Trad introduced changes to payroll tax, land taxes and an increase to the royalties paid by oil and gas producers to help fill the state’s coffers.

Delivering her budget speech to parliament, Trad said the government would spend $49.5 billion on infrastructure investment over four years, with a big focus on spending in Queensland’s regions.

Queensland is set to record a modest $841 million operating surplus this financial year, largely on the back of increased mining royalties, and $189 million in 2019-20.

“Through this budget, the Palaszczuk government is choosing to stay the course,” Queensland treasurer Jackie Trad said.

“We choose to continue our strategy of investing in jobs and in front-line services to meet the needs of our growing state.”

Major roads projects include the $1.03 billion widening of the Pacific Motorway between Varsity Lakes and Tugun, the $1 billion funding commitment for the Gateway Motorway extension between Bracken Ridge and Pine River and $1 billion towards the Bruce Highway between Cooroy to Curra.

“And more than 25,000 or 63 per cent of those jobs will be in regions outside of greater Brisbane.”

Infrastructure projects completed or under way

The much-maligned $5.4 billion Cross River Rail, will now be without any federal funding following the re-election of the Coalition government.

The project, expected to be up and running by 2024, includes a 10.2 kilometres stretch of rail track, with 5.9 kilometres to be incorporated in a tunnel, and incorporate four underground stations.

It also promises to deliver an extra 18,000 seats on Brisbane trains, take 14,000 drivers off the roads, cut travel time on existing south-east Queensland train lines and create more than 7,700 jobs. 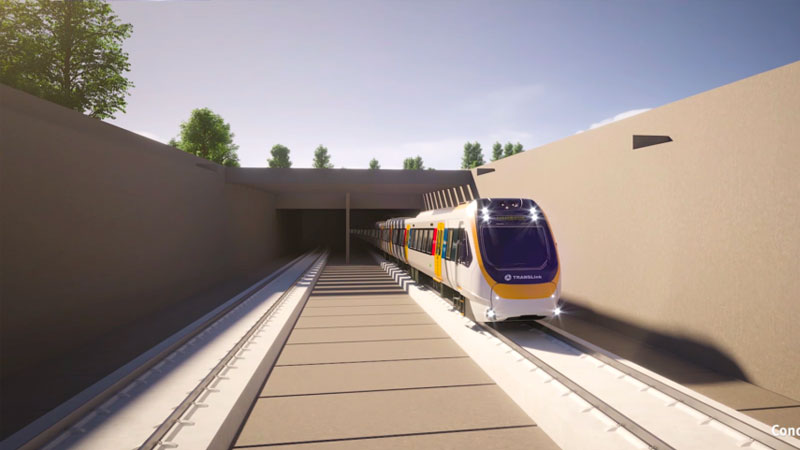 The government will raise $1.47 billion over four years through three expanded taxes and a compliance crack-down by Queensland Treasury.

The total land tax package will raise $778 million over the next four years.

Companies and trustees with holdings over $5 million will pay 0.25 per cent more in land tax, and the absentee land tax surcharge has been lifted from 1.5 to two per cent.

Foreign companies and trustees of foreign trusts will be hit with a new two per cent foreign land tax fee, while Australians and permanent residents will become exempt from absentee land taxes.

“It’s the bottom line on the investor’s spreadsheet that determines whether they invest in Queensland or anywhere else in the world,” Mountford said.

“Sadly, this is just the latest in a long line of tax hits for people who have chosen to invest in Queensland.”

Treasury will also collect outstanding revenue, in the areas of payroll tax, transfer duties and royalties, with the program expected to reap $220 million over four years.

Royalties and land rents were estimated to have pumped $5.36 billion into Queensland’s coffers in 2018-19, about $749 million higher than predicted in last year’s budget.

LNG producers face an increase in petroleum royalties, from July 1, from 10 per cent to 12.5 per cent which is expected to raise an extra $476 million over the next four years.

Larger companies with a payroll higher than $6.5 million will now pay an extra 0.2 per cent in tax.

The payroll tax rate of 4.75 per cent will remain for companies with annual taxable wages of less than $6.5 million.

In his first budget as Lord Mayor, Adrian Schrinner unveiled a massive infrastructure spend of more than $930 million for Brisbane which will come at the cost of a 2.5 per cent rate rise on average.

The $3.1 billion budget will invest in infrastructure and lifestyle, more green parks and active transport across the city, including intersection upgrades, key cycling links, and projects to combat congestion in Brisbane’s suburbs.

Construction will also soon begin on the Brisbane Metro project, with $125 million set aside next financial year to assist major works.

More than $500 million has also been set aside over the next four years to fund the council’s Green Bridge program, linking Kangaroo Point to the CBD, including a $6 million spend added in this budget.

The Victoria Park Vision, which will transform Victoria Park Golf Course into Brisbane’s second biggest park has been handed $1 million in the 2019-20 budget.

The budget will also introduce a 33 per cent interest charges rebate for developers who build properties to “universal housing” standards to ensure properties are designed to be accessible for the elderly and with disabilities.

The scheme will mean Brisbane’s ageing population and people living and will assist those seeking funding under the Specialist Disability Accommodation through the NDIS.

The Australian-first scheme will encourage developers and builders to design and construct houses and apartments to gold-standard universal housing with council paying the rebate to certified developers after properties are inspected and verified.

The 33 per cent rebate, council estimates, will be between $3,000-5,000 per dwelling for any house or multiple dwelling certified to gold standard, with a $2 million initial investment in the 2019-2020 budget.

The budget also includes a new measure to assist first home buyers, by offering a one-off 50 per cent reduction to their annual rates bill with savings of up to $1,000.

A record infrastructure spend has been announced as part of the New South Wales 2019-2020 budget, but the softening housing market has taken its toll — wiping billions in expected stamp duty revenue.

The record spend sees more than half go toward road and rail, as the cash splash shows the total spend of $55.6 billion for road and transport projects taking the state’s overall infrastructure investment to $93 billion.

In what Perrottet describes as a “state building budget”, the infrastructure spend will be delivered amid a lower-than-expected surplus of $802 million.

This figure is down from the $1.4 billion a year ago.

Stamp duty revenue has been written down by $10.6 billion since 2017 as state government predicts housing price growth over the next few years to be in line with inflation.

The New South Wales government had also been hit with a $2.3 billion write-down in expected GST revenue over the next four years.

Construction on Metro West is slated to commence next year, with the schedule for the project to be confirmed on completion of the final business case.

Western Sydney is a big winner in the budget, with plans for the Parramatta Light Rail to receive $561 million, and the Northern Road upgrade between Narellan and Penrith $404 million.

“Right now the economic headwinds are picking up, but we are taking steps to keep our economy strong,” Perrottet said. 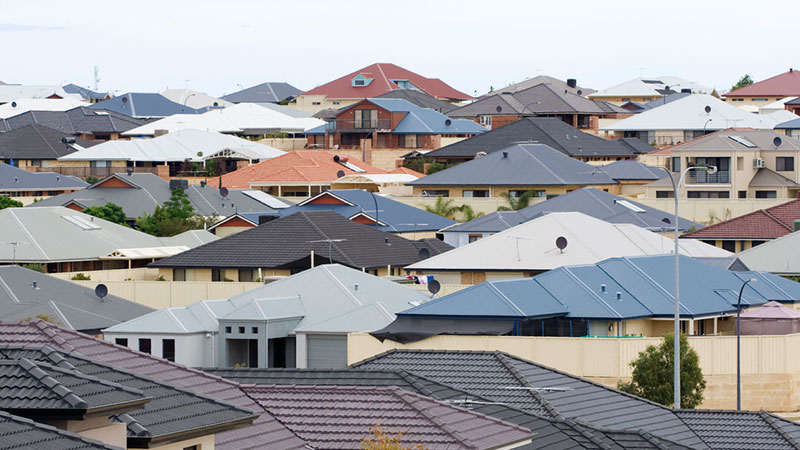 Budget papers forecast stamp duty revenue to fall to 21.6 per cent of total state revenue, down from 31.4 per cent of tax revenue in 2016-17.

As for road projects in regional areas, northern NSW’s Pacific Motorway will get a $1.5 billion upgrade, and $1.2 billion will be spent on the M1 Princess Highway.

“It’s great news that there are no new taxes or tax increases given the downturn in the residential market,” Power said.

“A commitment to a long-term strategy for new sectors such as build-to-rent will also ensure there is counter-cyclical investment in the residential sector, further strengthening revenue streams.”

The state announced plans to spend $10 billion on building and upgrading health infrastructure and $7.3 billion for education across the next four years.