The Simpson Review highlights the dysfunctionality of the current secular DHBs, but there is doubt that Health Minister David Clark can deliver on the report’s promises 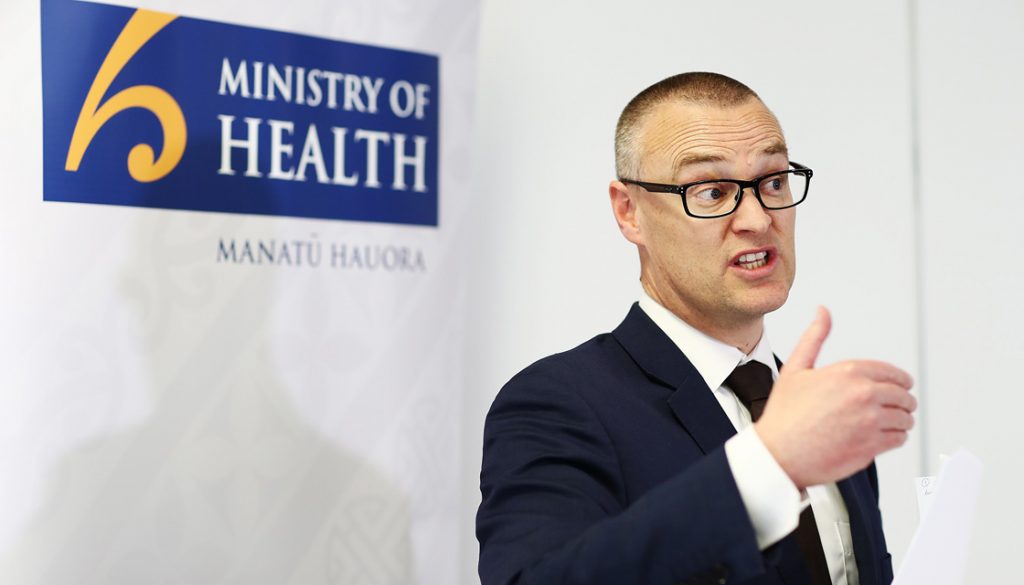 Two years ago, Heather Simpson, former PM Helen Clark’s chief-of-staff, was tasked with leading a massive review into the New Zealand health and disability sector, with pretty much every aspect of it on the table.

The report was released this week and the biggest proposals for changes related to the district health boards.

Currently, there are 20 DHBs around the country and the Simpson report proposes that number be reduced to between eight to two over a five-year period.

“The report highlights the dysfunctionality of the current secular DHBs which operate as independent competitive oligarchs and do not provide a holistic–integrated New Zealand healthcare system.”

“Our national DHB healthcare system is a shame. If you are Maori, then you are twice as likely to die in a DHB managed hospital from a preventable death than a non-Maori person.”

The report also highlights the fact that DHBs are spending less money on non-clinical services such as infrastructure and clinical supplies, than 10 years ago.

“In 2017 David Clark was dismayed at the DHBs’ performance across the sector. He said resignations may be accepted if DHB chairs aren’t on the same wave length as the new government.

“Clark said he was very seriously considering asking for resignation letters and would make a decision shortly. It’s 2020 and nothing has changed. David Clark has failed to deliver.

“As chair of the New Zealand Health Innovation Hub, I tried unsuccessfully to get our all DHBs to work together to come up with solutions to address our appalling rates of hospital acquired infections.

“But I resigned as chair because none of the DHBs were prepared to work with each other.

“If we want good health for all our people, then we need to listen and act to implement Heather Simpson’s recommendations. If we are team of five million, we need to start acting like one,” Avery says.

“The Simpson Review’s proposal to restructure the healthcare system should be aligned with other reforms to enable a coordinated approach to public service governance, planning, funding and delivery,” says Infrastructure New Zealand CEO Paul Blair.

“The Health and Disability System Review chaired by Heather Simpson found that while New Zealand continues to have a good public health system internationally, it was now under serious stress.

“This finding is supported by analysis released last week that found an average of $1.4 billion per annum of capital investment in healthcare would be required over the next decade. This is around three times what DHBs spent in the past decade and illustrates just how large the backlog is in one aspect of health service delivery.

“It is not clear from this report how additional health operating and capital expenditure needs will be met. True innovation in service delivery will be required to bring in partners, adopt tele-health, and leverage iwi and third sector providers.

“The Simpson Review comes at the same time as the Government is reviewing water services and the planning system, as well as investigating electricity prices, port infrastructure and is considering support to local government through the COVID-19 crisis.

“Throw in known and severe issues in transport and housing, plus $136 billion worth of demand for ‘shovel-ready’ projects, and it is very clear that the public purse is highly stretched and a major rethink of domestic public service provision is required.

“Who should deliver public services, who should fund them and how do we get the range of public service providers working together collaboratively and coherently?

“Demand for health services often sits at the end of a very long chain of public policy decisions in transport, water, housing, education, welfare, justice and other sectors.

“We need alignment in the way decisions across these sectors are made, certainty of investment and the ability for both national and local priorities to be represented.

“There is no such alignment currently and it is undermining our ability to plan spatially, invest to meet growth and recognise when things are going wrong.

“There are over twelve different interpretations of what constitutes a region in New Zealand for the purposes of administering public services, in addition to the existing 20 DHB areas. (Click here to see a map from the McGuinness Institute). Each has its own boundaries, decision making processes and funding streams.

“More important than a reduction in the number of DHB areas, as per the Simpson report, is regions with agreed governance, investment, funding, partnership and planning arrangements across transport, health, education and other public services.

“That would enable delivery of regional spatial plans. We could then align health investments with those in transport and other sectors based around improving public outcomes, rather than minimising the fiscal cost of each service within each silo.

“That is what we need to get on top of simultaneous crises across almost all of our key public services.

“But it can’t happen if the Simpson report’s findings are progressed independent of wider reform initiatives underway.

“New Zealand needs a much more fundamental discussion around who makes decisions for public services, where the money comes from and who is held to account if things go wrong,” Blair says.

A copy of Infrastructure New Zealand’s Building Regions Report can be found here.