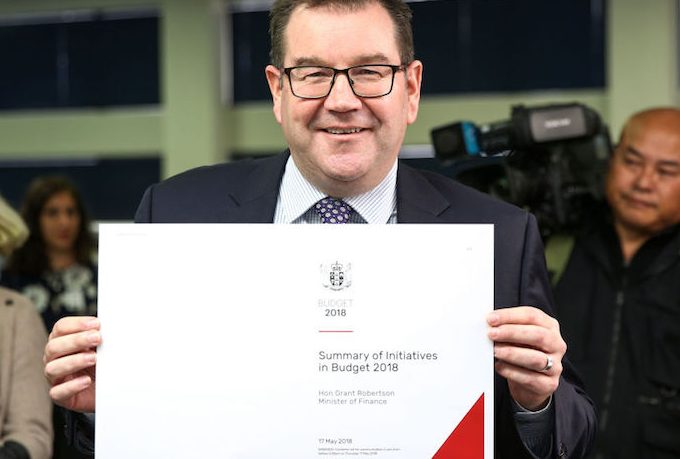 “The Budget has followed through on well-signalled investments in transport, housing, education and health, but greater use of private investment will be needed to get overall investment to the level required,” says Stephen Selwood, Chief Executive of Infrastructure New Zealand.

“Additional capital investment of $750 million in hospitals, $400 million in schools and the $300 million Canterbury acceleration programme is in line with pre-Budget commitments and will go some way to addressing immediate needs, such as at Middlemore Hospital in South Auckland and continuing the Christchurch rebuild.

“Confirmation too that transport spending and the Provincial Growth Fund will be resourced as indicated is welcome.”

However, just one third of the Provincial Fund is committed to capital projects with a significant part of the balance going to tree planting, Selwood notes.

“Funding has been confirmed for the design of a new Dunedin Hospital, but there is no specific allocation to construction, despite the decision not to proceed with a public private partnership.”

Similarly, he says, a $200 million commitment has been made to the delivery of rapid-build modular units for prisons but there is no provision for the major new prison at Waikeria that has been in planning.

“One of the most encouraging Budget announcements is that arms-length government bodies like Housing New Zealand, NZ Transport Agency and Crown Infrastructure Partners are to be given the flexibility to raise debt, beginning the long-overdue shift away from “pay-go” funding for large, lumpy capital projects.

“Housing NZ alone will be able to borrow up to $3 billion to get on with delivering safe, warm homes.

“The initiative should help speed up decision making, give greater certainty to the forward pipeline and facilitate engagement with industry.

“Much wider use of this type of model is required to deliver Kiwibuild over the next decade, including the billions of dollars of infrastructure needed to support 100,000 homes.

“No Budget allocation is clear yet regarding a specialised infrastructure agency, but it is just this sort of entity which would facilitate effective use of debt in the delivery of the Government’s large capital programme,” Selwood maintains.