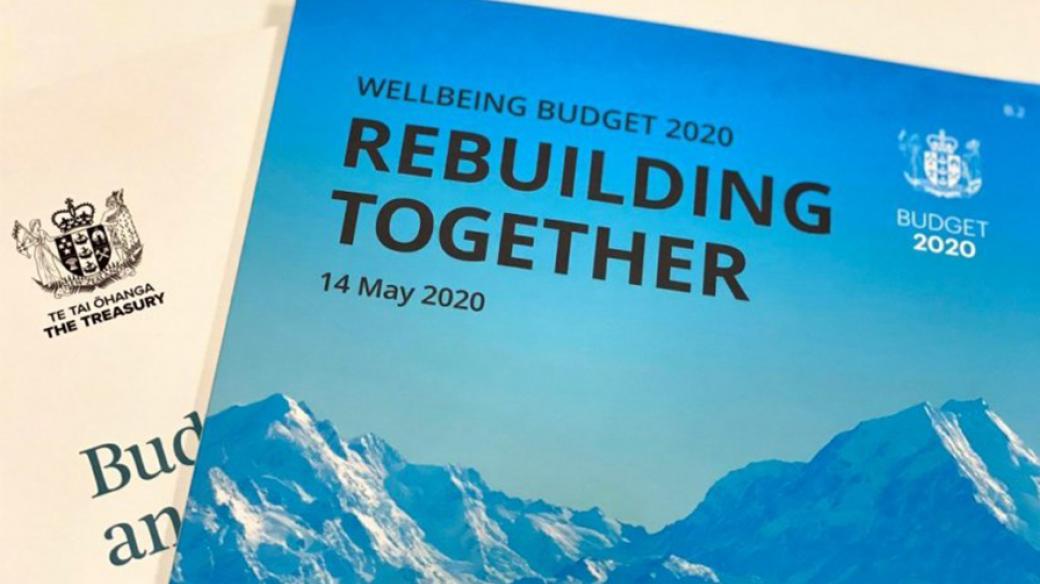 How will NZ repay the debt that the Government, has, and will, be incurring? – University of Canterbury’s Professor Adrian Sawyer

In the months and years to come, government debt will have increased by more than $150 billion.

Much of what has been announced by the Government for new spending cannot be faulted in terms of what is needed to rebuild the economy. What may be questioned is whether all decisions should be made by the government, or that more opportunity be given to New Zealanders (especially NZ businesses) to make decisions and advise where support is most needed.

The gap to be made up through increased government revenue should in part come from economic growth leading to an increased tax take. This will be far too little to bridge the gap, so the future for NZ must be increased taxes. The mix of these tax changes and associated variations in tax burdens, including potentially the introduction of new taxes (such as a capital gains tax or some form of wealth tax), is yet to be revealed.

The Government’s budget has made prudent investment in some no-regrets infrastructure sectors, which will get the sector going while we plan the transformational investment needed to build back better.

The budget includes over $6 billion in infrastructure capital expenditure, the bulk of which is a $3 billion fund to go towards shovel-ready projects.

This $3 billion spend will be informed by the Infrastructure Industry Reference Group and Crown Infrastructure Partner’s hard work but will not be exclusive to it. We expect to see detailed project announcements in the coming weeks and months.

An additional $1.1 billion is being spent to upgrade and maintain transport infrastructure, including $400 million to replace the Interislander ferries, $250 million on the national rail network, and $420 million on new locomotives, mechanical facilities, and signalling for KiwiRail and Auckland’s rail networks.

Also pleasing is the ongoing funding announced to retrain workers for critical industries such as construction, which will be needed to build industry capacity for more work to come.

These no-regrets investments are a welcome first step to addressing our country’s severe infrastructure deficit, but more will need to be done.

Major investment in addition to Budget 2020 will be required for our aging and inadequate water, urban development, and transport infrastructure.

But we also have the chance to build back better. This is our chance to reposition New Zealand’s economy for coming decades so that it is more productive, inclusive and sustainable.

What does that economy look like? Who should pay for the infrastructure which enables it? What’s the role of local government and the private sector?

We have the opportunity now to address these big questions. Doing so will tell us where to prioritise the transformational strategic investments which New Zealand will need to emerge from this crisis stronger than before.

Construction jobs provide short term employment – when the building is finished, the job ceases. The tourism and hospitality industries are low waged, continuing the cycle of poverty.

Over 22,000 long term jobs throughout the country can be created if we reuse or recycle our waste that we send to landfill each year. International experience has shown that these jobs pay above the national average.

Initiatives in the waste sector will require building onshore processing facilities (creating extra short term employment for the building sector) and developing internal markets for the goods we now discard. The results will be reduced imports, less pillaging of the earth’s scarce resources and skills development for low- to non-skilled people employed in this area. That is a strategy to build a more resilient economy by not relying on globalisation to succeed.

New Zealand’s national association for civil contractors has welcomed increased investment in infrastructure announced in today’s budget, and the opportunity for the civil construction industry to create jobs and take a lead role in economic recovery.

The announcements were a win for everyday Kiwis as well as contractors because they would enable the country to upgrade and improve community infrastructure such as roads and water networks.

The increased investment was a great opportunity, not just to build new roading and water networks, but also to catch up on the country’s deferred maintenance and upgrade existing infrastructure to be fit for purpose in the present day.

Upgrading New Zealand’s infrastructure will serve the country well in the long term. It will also enable the civil construction industry to provide meaningful employment for those who may have lost their jobs, as well as retaining the skills in our current workforce.

Helping people upskill would require close attention to enable people to transition smoothly. While skills such as abseiling or heavy vehicle driving would be transferable, considerable re-training would be needed for some, and industry welcomed opportunities to work closely with Government and the broader training and education sector.

To be truly effective, this investment would also need to reach the regions and the many small to medium employers in the industry, who worked on regional works as well as being employed as subcontractors on big-ticket projects.

While it’s important to give the economy a boost, this needs to be sustainable. The last thing we want to do is create a boom/bust situation. To create sustainable employment and better community outcomes, investment needs to be well-planned and phased over time.

The NZ Infrastructure Commission was established to help take a planned approach and manage the infrastructure work pipeline, and dialog between government and industry had been vastly improved since the creation of the Construction Sector Accord.

It was also important to consider project outcomes in planning. This meant improved maintenance and environmental outcomes, such as upgrading regional water infrastructure to address water quality issues – issues contractors were well equipped to deliver on through new technology and specialist knowledge on techniques such as erosion control.

One issue that could be problematic following COVID-19 was the availability of specialist civil construction experts like geotechnical engineers or project managers. In the past a high proportion of these people were recruited from offshore on a permanent, semi- permanent or fly in fly out basis.

Those countries that did this in the wake of the previous economic crisis had a shorter and less severe recession than those who used the false analogy of household spending and cut spending as income dropped. Even if we were more isolated than most countries from the effects of the GFC, it is clear we have learned the lessons. This is the rainy day.

Turning to specifics, the COVID Response and Recovery Fund to invest in infrastructure seems much lower than many may have suspected. It is an initial $3bn, but the total of the ‘shovel-ready’ projects submitted was $136bn. There are going to be many disappointed people, and, if it is spread around the nation as previously indicated, that figure will not go very far at all.

The New Zealand Government’s increased investment in infrastructure will play a vital role in supporting the country’s long-term economic recovery.

The announcement of additional infrastructure stimulus in the Budget is a vital step in the right direction as the country seeks to limit the economic damage caused by COVID-19.

This Budget acknowledges that investment in shovel ready infrastructure projects needs to play a pivotal role in the country’s post-pandemic economic recovery.

The additional $3 billion to fund infrastructure projects across the country that has been announced on top of the $12 billion New Zealand Upgrade Programme and Provincial Growth Fund will provide some badly needed certainty to the sector at a time it is facing unprecedented uncertainty.

This much needed response comes as the RICS Q1 2020 New Zealand Construction and Infrastructure Survey released this week found that professionals across the country expect further job losses and a decline in construction activity over the coming 12 months.

The New Zealand Government has positioned this as a ‘Jobs Budget’ and, frankly, that is what’s needed to get the economy moving again, particularly for the construction and infrastructure sector.

We also welcome the announcement the Infrastructure Industry Reference Group is set to deliver advice to the Government on the funding prioritisation of key infrastructure projects.

The IRG’s focus on projects that will lead to immediate job creation, income growth and construction activity that will be under way within the next 12 months is exactly what is needed.

While it is too early to know just what this cash injection will mean for the sector over the mid to long-term, the ongoing support it will provide will no doubt help to kick start activity down the track and restore some confidence to a sector that has been battered over the past few months.

It’s great to see this extra investment in increasing public housing, as well as income-related rent funding to go with it – University of Otago’s Dr Lucy Telfar Barnard

Our homes are where we spend most of our time, even when we’re not in lockdown. It’s hard to stay healthy when our rent takes up too much of our income; we struggle to stay warm and dry; and we’re worried we might have to move. Building new public housing is a good way to address all three of these problems, since new public housing is a higher standard and more affordable than cheap private rentals, and tenants know their tenure is safe. That makes investment in public housing a health investment as well as a social investment, targeted at those who need it most.

Along with the government’s increased spending on retrofitting insulation under the Warmer Kiwi Homes programme, this budget allocation is another step towards warmer, drier, safer homes for all New Zealanders. The allocation for urban papakāinga and other Māori housing initiatives is particularly welcome.

However, there will be challenges. As with KiwiBuild, there’s the question of where to find land, or how to free up existing public housing land without disruption to current tenants.

There’s also a clear gap in the spending allocation: new public housing will mean those who get to the top of the public housing list have warm, dry, secure homes. Additional spending in the Warmer Kiwi Homes programme will help people insulate if they own their own homes. But I don’t see anything in this budget to help improve the standard of people in poor quality rental homes, where our most vulnerable households live, and where new healthy housing legislation can only do so much.