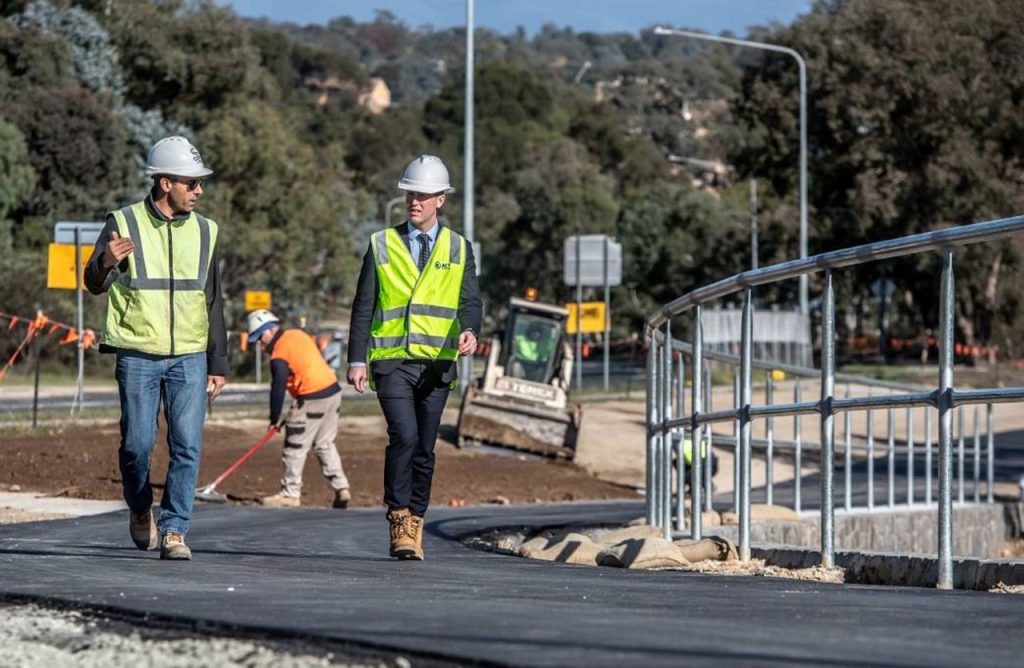 The plan, which highlights nine focus areas to “support infrastructure”—following bushfires, drought, cyber-attacks and the Covid-19 pandemic—zeros in on delivering infrastructure for the lowest cost.

Infrastructure Australia chief executive Romilly Madew says Australia’s approach to infrastructure, at a time of record investment, now needs to consider value for money and whether or not projects deliver optimum public value.

“The challenge of progressing the reforms outlined in the plan is a shared one—that is why we stand ready to partner with the commonwealth, states and territories, local government and industry to support the implementation of reform,” Madew says.

▲ Australia’s $110-billion infrastructure pipeline is not delivering value for money across all projects.

The federal budget tipped an additional $10 billion into the government’s $100 billion, 10-year infrastructure program, in a bid to drum up job creation following a turbulent 2020.

Only a few years ago, the federal government’s “headline” infrastructure promise was around the $50-billion mark.

The pandemic has since increased pressure on supply chains, material costs and construction companies as more money is pumped into new projects across all sectors to stimulate the economy.

“The ability to successfully deliver this ambitious infrastructure pipeline is constrained by current processes,” Madew says.

“These include an over-emphasis on a project-to-project and contract-by-contract mentality, inappropriate apportionment of risk, and a sporadic uptake of best practice.

Slattery managing director Sarah Slattery​ told The Urban Developer that the national property and construction advisory firm welcomed the strategy and and that it was strategic and necessary to “build confidence” in the market and provide much needed flow on effects.

“The goal is to stimulate but not overheat,” she says.

“Opening borders for skilled workers is key to striking the right balance.”

▲ Australia must build infrastructure to accommodate 30 per cent of the workforce working from home two to three days a week.

Australian Constructors Association chief executive Jon Davies says the pandemic had supercharged the construction industry and had presented a “once in a generation” opportunity for reform.

“All levels of government are relying on the construction industry to lead the economy forward on the basis that every dollar spent on infrastructure has a $3 kick on to the wider economy—but our industry is broken,” Davies says.

“Construction accounts for almost 25 per cent of all insolvencies in Australia, only 12 per cent of the workforce are women and construction workers are six times more likely to die from suicide than a workplace incident.

“As the direct procurer of major projects and as a significant source of funding for jurisdictionally led projects, the federal government is best placed to coordinate and incentivise reform—and it needs to do this now.

“We cannot afford to wait 5, 10 or 15 years, the record spending is happening now, companies are going out of business now, people are leaving our industry now.”

Davies says the peak body was now fearful that the plan could fall short given the “lack of progress” made since the 2016 Australian Infrastructure Plan and says he was worried that many will never happen.

“[There has been] a similar lack of progress in improving productivity and implementing market-based reform will be a huge missed opportunity,” Davies says.

“Carrying with it a 5-10 year timeframe for implementation, one of the key recommendations identified in the plan is to improve industry productivity and value for money.

“Productivity growth of construction over the last 30 years trails that of other significant industries by 25 per cent.

“If we could just halve the gap in productivity growth, we could be constructing an extra $15 billion of infrastructure every year for the same level of expenditure and employ an extra 15,000 people.”

▲ An impact of the pandemic has been an increase in household waste, which rose by 20 per cent in 2020.

The plan, which will now go before the federal government, involved more than 5000 stakeholders across industry, government and academia.

The plan also addresses the infrastructure challenges posed by the pandemic, including a 20 per cent increase in household waste, and increased numbers of residents and businesses experiencing difficulties in meeting energy costs.

The importance of “transformative technology” and digitisation in order to empower those across the construction lifecycle to be more proactive in “harnessing data” was also a central theme.

“We know that the anticipated spend on Australian infrastructure in the next decade or so is over $760-billion dollars,” Mountney says.

“The biggest opportunity for making long-lasting improvements lie in digital capital project delivery … we need to push the envelope and make the best use of those investment dollars.”

Another key point the report makes is that the cost of natural disasters will rise from $18 billion a year to potentially as high as $39 billion a year.