Australia needs to refocus its infrastructure pipeline if it is to stage an infrastructure-led recovery from COVID-19, according to a report from Allens 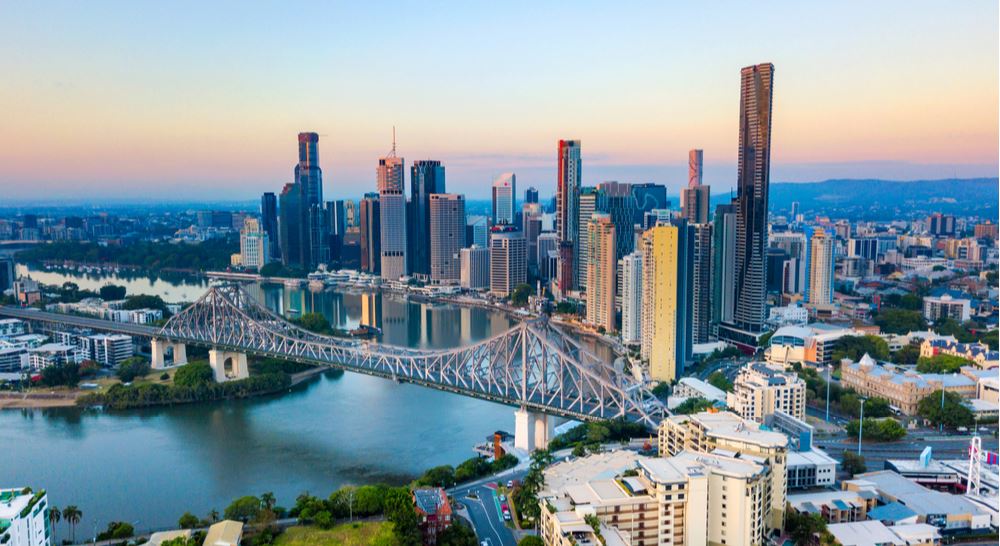 The Federal Government is unquestionably in a tough position when it comes to infrastructure investment decisions. On the one hand, it needs to reduce the infrastructure deficit and stimulate the economy. On the other hand, too much investment at once could lead to rising costs, capacity constraints and reduced value for money.

There is no question that more public spending and job creation will help, but how that money is spent, where and on what type of projects should be carefully scrutinised.

The financial and social returns of new infrastructure need to outweigh the additional tax burden imposed on future Australians, and they need to be distributed equally over the short, mid and long term, so that future generations benefit too. This is a precondition for broad public support – 80% of Australians want government to factor in their views – which, in turn, is necessary for a defined, depoliticised and investable pipeline.

The report from Allens, which draws on findings from the firm’s second annual Infrastructure Leaders Survey, shows Australia’s current infrastructure pipeline is out of step with what’s required for long-term social and economic prosperity.

‘Government and industry must work together to balance the sugar hit of short-term, shovel-ready projects with Australia’s longer-term vision and needs,’ says lead author and Allens’ Head of Infrastructure, David Donnelly.

Changing behaviours and attitudes accelerated by COVID-19 also mean the assumptions on which the pipeline is based need updating. According to the survey, 80 per cent of infrastructure leaders surveyed see transport infrastructure projects as highly exposed to changing demand and use profiles. Ninety-five per cent of respondents identify working from home as one of the top three influences on future development priorities.

Infrastructure investment is a long game

‘Now is the time for governments to come together with communities and industry leaders and align around a shared vision of Australia for the next five, 10, 20 years and beyond,’ David says.

‘This means thinking about what is needed now to kickstart the economy, but also what will be most beneficial for Australia in the longer term, like delivering better environmental outcomes, alleviating cost of living pressures, creating regional jobs and providing broader social and community benefits.’

Infrastructure Australia’s ‘common principles for an infrastructure-led recovery from COVID-19’ are a first step in that direction, but more needs to be done, including a genuine commitment to working with communities and industry to realign the projects in the pipeline with that shared vision. This is as important for government as it is for the infrastructure industry as a whole.

The COVID-19 pandemic has not only triggered the worst global recession in decades, it has also led to a rethinking of systems, especially about how and where we work, live and play.

Businesses and employees have adjusted to a new reality, as governments worldwide imposed lockdowns and other restrictions to curtail the spread of the coronavirus.

The existing Infrastructure Australia (IA) Priority List, however, does not currently reflect or address these changes. Almost three quarters of listed projects and initiatives are in transport. Most pre-date the crisis. While it is true that more road and rail infrastructure will decongest cities, facilitate freight transport and improve connectivity, other areas of equal importance should not be neglected.

Industry leaders believe that projects and initiatives in social infrastructure, renewable energy, social and affordable housing and community infrastructure need to be given more weight in the current pipeline.

As one of the respondents poignantly stated: ‘We have a significant undersupply of social housing, which impacts people’s ability to contribute to society as a whole.’Roads and rail tracks won’t solve all our problems, especially now.

In the annual report on infrastructure investment published by Infrastructure Partnerships Australia, over two thirds of industry members confirmed their interest in social infrastructure and renewable energy opportunities. Our survey paints a similar picture, with almost 73% of industry leaders confirming that these four groups of infrastructure projects harbour the highest potential for a positive impact. According to a survey of Australia’s leading economists conducted by The Conversation and The Economic Society of Australia, social housing would deliver the most ‘bang for buck’.

In other words, now is the time to reconsider the pipeline. For the medium and longer term, it should involve a reassessment of how the pipeline supports Australia’s longer-term vision and public expectations. We need to go beyond budget figures and discuss how new infrastructure projects are going to benefit Australia and Australians.

Additional social infrastructure would not only bring the greatest benefit to society—35% of survey respondents listed it as the top priority out of 13 options—it would also lead to longer-lasting employment outcomes than transport projects since, unlike roads and rail lines, schools, hospitals and correction centres require greater staffing levels once operational.

More importantly, these projects, if planned correctly, could address some of the structural inequalities that the pandemic has exacerbated, such as access to quality education and healthcare, and provide more balanced employment options across genders. While great work is being undertaken in the construction industry to improve gender balance, construction remains biased in favour of men at a time when education and healthcare are biased in favour of women.

In these times of capacity constraints, it is also worth noting that less than 2% of projects on the IA’s Priority List are in social infrastructure despite having been less affected by skills shortages and cost increases.

Renewable energy projects also merit more attention—they are currently absent from the IA’s Priority List. Our survey respondents point to ‘increased social pressure to accelerate the change in energy mix’ as the second-most influential factor on future development priorities. Comparing Australia’s latest per capita greenhouse gas emissions with those of other OECD countries—a club of developed economies—clearly flags the country as a laggard. The 22.6 tonnes per capita produced by Australia are more than double the OECD average and three times as high as in the United Kingdom13, a country once known for being a coal powerhouse.

Successfully transitioning to a greener energy mix will require network upgrades and stabilisation technology, as well as additional generation capacity.

A coordinated investment approach will not only deliver environmental benefits, it will also reduce cost of living pressures, create regional jobs and improve (high value) manufacturing competitiveness. Articulating and delivering these benefits will also assist in building public support.

Delivering the project pipeline is not a major concern for our survey respondents (only 7.5% said it was). Instead, they see the sustainability of the industry and the inadequate prioritisation of projects as the two main issues.

We found that 85% of industry leaders are more concerned about the risks facing the sector than they were five years ago (up from 77% this time last year). The underlying issues are well ventilated. However, almost half of respondents felt there has been limited change in the way governments interact with the private sector since the NSW Government published its ‘Action Plan: a ten point commitment to the construction sector’ in June 2018. At the very top of that list was to ‘procure and manage projects in a more collaborative way’.

We hope government’s decision to fast-track infrastructure spending will be accompanied by a fast-tracking of improvements in the collaboration with communities and industry, in a simplified and more transparent procurement processes, and a reprioritisation of the project pipeline. Now, more than ever, Australia needs the right infrastructure delivered.