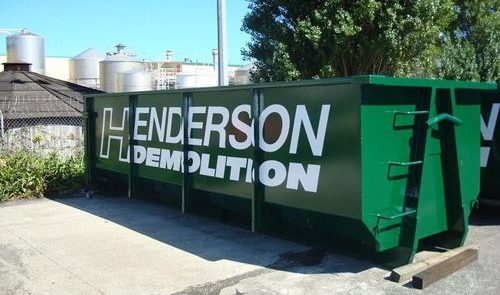 The two companies will continue to do business autonomously and become the operating entities under a newly created holding company, Industrial Pacific Limited.

Henderson Demolition was founded in 1999 by Glenn and Joan Henderson. With their retirement, long-time General Manager Rikki Jones has moved into the position of Chief Operating Officer and becomes a shareholder of the now-combined Industrial Pacific Group.

Founded in 1982, ATL Group is the leading expert for the safe removal and management of asbestos, mould and chemical contamination, with some capability in demolition in sensitive environments. Both companies have introduced market-leading standards of professionalism to their respective industries.

ATL Group CEO Brett Pietersen says the acquisition exploits obvious synergies between the two businesses. “By creating a new industrial services business, we’re ready to take advantage of the opportunities ahead with increased resourcing and scale as key factors. The acquisition was made in the interests of delivering a more comprehensive service to our customers, many of which have in the past made use of the services of both Henderson and ATL Group.”

Mike Sommerville, ATL Group Commercial Director, notes that Henderson is widely regarded as one of the North Island’s top operators for demolition, with a small asbestos removal team. Meanwhile, ATL Group is known as a nationwide specialist in asbestos removal, with a small demolition capability. “Combined, we’re now able to offer a one-stop shop for the delivery of these services. It shortens the supply chain and, with access to more resources including manpower, plant and equipment, we’re able to respond rapidly to new projects anywhere in the country.”

Jones says there will be no change for the companies’ suppliers or employees; clients, however, can look forward to simplified engagements and billing arrangements. “We’re looking to explore efficiencies and become more price-competitive and streamlined; we continue to grow organically through a sharp focus on our niche, so we do expect to add to our employee numbers in the coming months.” That niche, adds Jones, is demolition and asbestos removal in technically challenging environments.

Already, says Sommerville, clients and employees of the two companies have expressed enthusiasm for the acquisition. “It just makes sense. Both companies have long worked together on the same job sites and the same projects. Our guys already work together much of the time, so bringing it closer together means we’re strengthening our competitive edge. And ultimately, that means getting the job done safer and more efficient.”