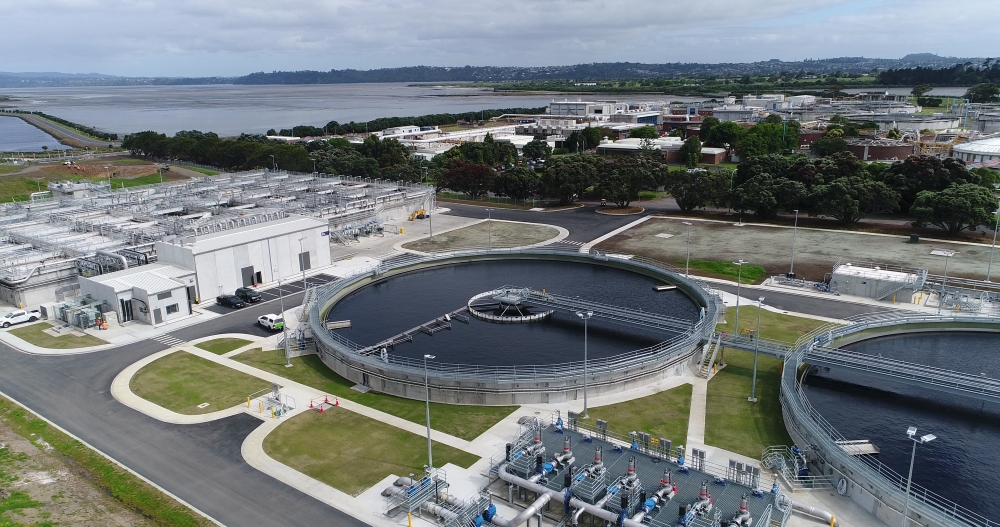 Other awards went to projects across the country ranging from the Chatham Islands to the banks of the Waikato River.

The project, which was completed in April 2018, adds water treatment capacity for around 250,000 people. Contractors moved 100,000m3 of earth, poured 15,000m3 of concrete, and installed 10km of pipework and 90km of cable to get the job done.
It faced off against Christchurch’s Russley Road SH1 upgrade, a joint venture between McConnell Dowell and Downer.

CCNZ Chief Executive Peter Silcock commended the winners of all award categories on the excellence they had shown in their projects.

“CCNZ is proud of the exemplary work these award winners have done over the past year. It’s always great to see New Zealand’s hardworking contractors getting the recognition they deserve for a job well done, and it’s not hard to see the benefits these standout projects provide to New Zealand.”

A Downer NZ and HEB Construction joint venture to install a new wharf at Waitangi in the Chatham Islands which required a purpose-built quarry won the ‘Projects with a value of between $20 million and $100 million’ category, while HEB Construction won the ‘Projects between $5 million and $20 million’ category for repairs to Wellington’s damaged wharf following the Kaikoura earthquake.

Schick Civil Construction was awarded the ‘Projects up to $5 million – larger companies’ category for Hamilton’s new Victoria on the River development on the banks of the Waikato river, with March Construction highly commended in the category for a challenging project replacing the Kaiapoi sewer outlet.

ARC Projects won the ‘Projects up to $5 million – smaller companies’ category for creation of a drain and pump station that worked in harmony with its surrounding environment in a Christchurch wetland, while Taylor Contracting won the ‘Maintenance and management of assets’ category for its work maintaining 285 kilometres of Tasman District riverbank.

Silcock says while the awards represented pinnacle industry achievements, it was also important to recognise the everyday achievements of New Zealand’s contracting workforce.

“These people work day-in, day-out to build and maintain New Zealand’s vital roading, water and other infrastructure networks,” he says.
“They provide communities with fresh water, safe roads and access to our cities, towns and countryside.
“This work is vital, and any recognition they get is well-deserved.”

“The work these companies have done is a testament to their teams and people,” he says.
I commend all of this year’s finalists and congratulate the winners for successfully creating the year’s best and “rightest projects.”