With $761 million of Government investment announced for local councils who opt-in to its wider reform programme, they can now either step up, or carry on with the same old approach and use that funding as an excuse to cut their own 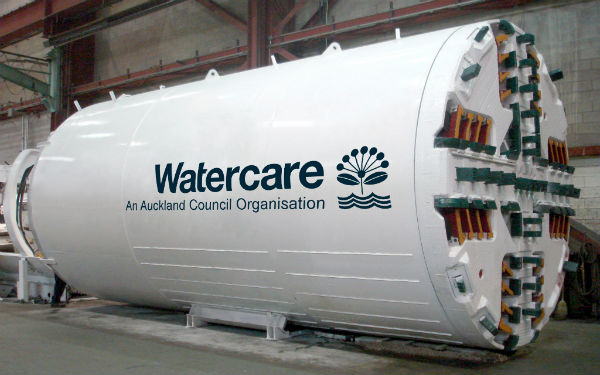 “The reforms are required because over one million Kiwis do not have access to clean drinking water today, our wastewater systems are degrading the environment and our inability to deliver water services ahead of demand has been a critical handbrake on the release of land for housing.”

Civil Contractors New Zealand Chief Executive Peter Silcock says the announcement was well overdue, as the country’s aging water networks were failing due to overload and decades of underinvestment.

“This investment is a great start, but the problem is huge. Three waters services are expected to need around NZD $17 billion over the next decade, with much of the work centring around replacement of aging assets and upgrading to meet new freshwater and wastewater standards.”

Investment must not be drip-fed

“Now that central government has extended this support, local authorities must step up. It’s their responsibility.”

He says there was a tendency for local authorities to work based on system failure rather than planned maintenance, with contractors often hired to install ‘patches on top of patches’.

“What we don’t want to see is local authorities using the funding as an excuse to reduce their own portion of funding and carry on with the same old approach. We must do better.

Blair is pleased to see that central government is using financial incentives to effect this change.

“We believe that funding, accountability and risk-sharing mechanisms that reward local government for alignment with central government goals will be far more effective than the ‘stick’ of additional regulation on already stretched local resources.”

“The linking of funding to a reform package recognising the need for aggregation of local authorities as water asset owners is welcome, reducing duplication and complication.

“It’s very frustrating for contractors to have to deal with multiple water authorities, so the challenge for central government in dealing with them all at once is huge. Some of the problems we face result from doing the same thing 70 different ways. Now the incentive is there, we need to fix the issues.”

Silcock says structural change would take time, but timing of the work coming to market was critical. It was “disappointing” no timeframes had been announced for this work, given the urgent need to upgrade systems and retain skilled workers post-COVID.

Coupled with a lift in the council debt cap and streamlined consents, Silcock hopes the announcement would give local government confidence to bring existing projects to market, keeping people employed and delivering on the country’s need for clean water and effective wastewater systems.

Looking to the future

“That’s an additional $4.5 billion of investment in new treatment plants, pipes and other critical infrastructure to add to the Government’s $761 million injection, if the Government’s reform process can be realised.

“If reforms can be accelerated, this investment will provide a major economic boost across all parts of New Zealand at the same time as improving public and environmental health.

“As we continue progress towards a modern world class water system, economic regulation will be needed in addition to the Government’s new water quality regulator Taumata Arowai.

“The form of economic regulation of water will need to be broadened to explicitly address the social, cultural and environmental importance of water to New Zealanders.

“The twin guardians of economic regulation, on one hand, and environmental and drinking water quality regulation, on the other, will provide Kiwis with clear benchmarking of quality outcomes from these water companies, enabling consumers to understand the value they gain from their payments to water companies.

“When it underwent its reform process two decades ago, Scottish Water was able to double its capital expenditure and its customer satisfaction, while lowering water rates by 40% over a decade and a half of reform.

“This is what we can achieve in New Zealand.

“The Government’s announcement is a very important step to creating a complete water system covering urban and rural, fresh and grey water resources, helping to sustain and improve one of our most important assets,” says Blair.