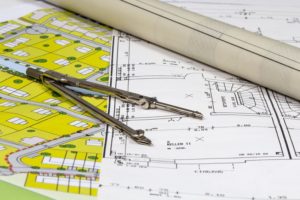 “This is a timely report, packed with policy ideas, and a good basis for a constructive examination of our urban planning framework,” says New Zealand Planning Institute chair Bryce Julyan.

NZPI acknowledges that many of the ideas signalled in the report “need careful consideration and further evaluation”, however the draft report’s recommendation that Spatial Plans should be a standard and mandatory part of the planning hierarchy is welcomed – in principle.

“Our members support this planning tool as it is essential in good urban and regional planning – particularly in growth areas experiencing pressure on resources and infrastructure, while stakeholder participation is a prerequisite.”

NZPI notes the report’s recommendations for a new Government Policy Statement and a future planning system based on a “productive and collegial relationship between central and local government”.

Julyan says the gap between central government’s economic development planning and city council urban planning needs to be addressed and better coordination and an integrated approach is needed between the different levels of development planning in New Zealand, so that local planning for urban growth is managed rather than being forced to respond to sudden surges in population or investment. “Outcomes from this review have the potential to plug significant gaps and create more efficiency and certainty in our urban planning framework,” he believes.

LGNZ has been similarly enthusiastic, saying the report contains “many good suggestions” for improving the ways New Zealand cities are planned.

“The draft report provides contains some useful proposals for a future planning system – one that works better for our cities,” LGNZ president Lawrence Yule adds.

“Whatever framework we arrive at, it needs to allow for integrated decision-making across the natural and urban environments.”

Many of the commission’s draft recommendations are aligned with those included in LGNZ’s recently-released eight-point plan for reforming the resource management system.

LGNZ metro sector chair and mayor of Tauranga Stuart Crosby says LGNZ is “particularly pleased” to see the recommendations that include alternative tools to fund infrastructure and supplement the existing tools available to local government, which reinforces the finding of LGNZ’s 2015 Local Government Funding Review that recommended a greater range of tools to incentivise development.

However, LGNZ has concerns about the commission’s draft proposal to create a permanent centralised Independent Hearings Panel to hear submissions and make decisions on reviews of resource management plans.

“Decisions on policy and plans should be made by local elected members, who are ultimately accountable for their decisions and are connected to their communities, although we agree local authorities should retain the choice to use independent hearings commissioners to make decisions – which they often do,” Crosby adds. “The point we are making is this must be a local choice.”

LGNZ also agrees with the report’s finding for a stronger partnership between central and local government to achieve better planning and development outcomes, and sees the recommendations about the need for ‘a whole of government view’ are particularly important – for instance how an aspiration of improving water quality is to be balanced with growing a city, decisions which are challenging locally and nationally.