You are at:Home»All News»Environment»More trees and fewer cows the sign of a low-emissions economy
May 2, 2018 Environment 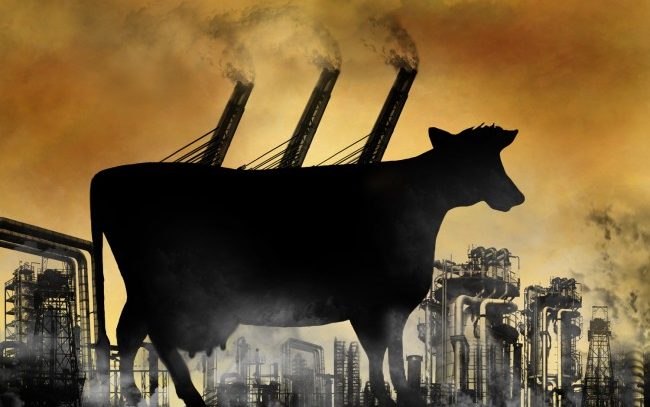 Its recommendations include emissions pricing that includes agriculture, greater forestation, more resources for low-emissions research and development, especially for agriculture, and consideration of a ‘feebate’ scheme for imported vehicles to reward energy-efficiency.

However, the commission’s report has been blasted as “a timid, backward-focused approach to a problem requiring a bold, future-looking vision” by Victoria University of Wellington Senior Lecturer, School of Architecture, Dr Nigel Isaacs.

“This report, commissioned by the previous National-led Government, views the problem of reducing New Zealand’s Greenhouse Gas (GHG) emissions through the framework of economic policy. Climate change is not a conventional economic problem, so while economic policy may play a role in helping New Zealand deal with it, many other tools are needed,” he maintains.

“The terms of reference envisaged the need for different tools, asking the Commission to consider ‘different pathways along which the New Zealand economy could grow and develop’ (p ii), yet the report ignores the many opportunities this could provide and focuses on the economic policy responses.

“Although the scenarios consider some of the interactions within and between the different economic sectors, there are opportunities for further, more detailed analysis.”

Neither electricity or petroleum fuels are valuable without a use – yet these uses are what drive the production of greenhouse gas emissions (GHG), Isaac argues.

“For example, while the report focuses on light transport, Statistics NZ’s energy use surveys identified five industry groups having 90% or more of their energy coming from petroleum – logging (99%), aquaculture (87%), fishing (100%), road freight (97%), road passenger (96%) and construction (89%).

“If these industries are going to continue to exist, they will require far more than just policy instruments to support their shift to a low carbon future.”

He admits Increasing prices through an Emissions Trading Scheme (ETS) may have an immediate effect, but says it will take “many years” to change the fleet structure – including vehicle size and technology

“On the positive side, the report suggests a move away from the policy emphasis in recent years on transport, land-use and waste stream options that have not reduced GHG emissions.

“It recognises the limits to shifting the electricity system, although it does not explore in any detail opportunities for making major structural changes to the energy supply system.”

The report also recognises the need for high-quality data, not only on the supply but also the demand.

The lack of end-use data is a major constraint to helping develop the most appropriate strategies to reduce New Zealand’s GHG emissions, Isaacs says.

“The report notes there are likely to be benefits from a future reduction in GHG which include cleaner air and water, and opportunities for increased employment, exports and productivity.

“It is interesting to speculate that if these reductions are cost-effective today (and many are no-cost or low-cost), the same benefits could be achieved without a focus on GHG – the question is why has the market not taken these opportunities?”

The report uses New Zealand’s high renewable electricity generation to conclude that sectors with high electricity use are not important for reducing GHG emissions.

“When coupled with the comparatively small proportion of GHG emissions coming from the built environment, this sector has been largely ignored by the report or its supporting scenario analysis,” Isaacs notes..

“A consequence of this is that opportunities (and hence consequential benefits) for shifting demand have also ignored – e.g. could the built environment make greater direct use of low-GHG emission fuels (e.g. biomass) and hence free up renewable electricity for more productive use?

“What impact might this have on the expensive peak electricity generation?

“What technology investments would be required to create low emissions space heating?

“What changes could be made to existing buildings to reduce their grid-electricity demand?

“These questions, and many more, are relevant to all building types – residential, commercial, industrial and agricultural.”

Isaacs notes that the report is concerned that the New Zealand Building Code ‘does not present barriers to building technologies and materials with lower embodied emissions’.

“There are now many years of New Zealand research showing that while the embodied energy and emissions are important, the lifetime use of the building is at least, if not more important.

“There is little value in focusing on one aspect (possibly because it is easily measurable) while ignoring the overall performance – the consequences of which may be higher overall emissions.”

University of Auckland Energy Centre Research Fellow Dr Anna L. Berka’s overall assessment, however, is that the report is a “comprehensive, objective and fair analysis” of New Zealand’s mitigation options that builds on New Zealand’s existing capabilities and institutional frameworks.

“The institutional framework it proposes to govern and co-ordinate emissions reductions is based on the UK model, which since 2008 when it was put in place has been by and large successful (although UK targets to date have been achieved largely through development of renewable electricity, and not without problems).

“It fully recognises our historical failure to develop stable and effective demand pull and supply push policies, and provides strong support based on both empirical analysis and public consultation processes for some obvious and necessary reforms, many of which have been on the table for some years.”

That said, Berka believes the success of the plan will stand or fall on cross-party consensus for legislated long-term GHG emissions reductions targets, as well as a long-term commitment from the government towards the proposed independent advisory body that will measure progress over time and inform ongoing policy decisions.

“This means that this report leaves important questions around fair and viable access to the grid, ability of non-utilities to sell power or ancillary services (such as frequency and inertia services) within the current market context in hands of the EA consultation processes.

“It does not provide an independent assessment of how proposed reforms affect the speed of transition towards 100% renewable electricity.”

Similarly, while the report provides a framework for emissions governance, Berka says it is unclear whether and how energy policy making would be allocated across the Electricity Authority, at ministerial level by MBIE and MfE, or also/instead fall in the hands of the proposed independent Climate Change Commission.

“It does not provide clear arguments for why it singles out electricity as an area where policies to reduce risk (i.e. demand-pull or supply push policies) are not needed on the basis that it would distort the beneficial effects of the ETS (as opposed to land use change, agriculture and transport – all of which are likely to see substantial technological change in the next few decades).

“Despite a focus on afforestation and land use change, it is largely silent on potential synergies of these objectives with bioenergy and biofuel development as well as mechanisms to ensure multifunctional and sustainable forest use (e.g. tourism and recreation).”

Berka says New Zealanders are likely to see several major changes as a result of the report:

Ultimately, Berka says, the report is most ambitious in that it includes  all land use including agriculture in New Zealand’s Emissions Trading Scheme (ETS), thus making the ETS the primary policy tool to incentivise necessary land use change, in combination with R&D investment.

“The report sets out a raft of demand pull and supply push policies, primarily in agriculture and transport but also extending to other domains, each embedded in legislated and quantified GHG emission reduction targets,” she says.

The main interventions proposed are: