You are at:Home»All News»Water»Time for a national conversation about water pricing?
June 19, 2017 Water

It was clear that the Environment Minister Nick Smith under-estimated the level of concern earlier this year when he labelled the growing public frustration over bottled water as “misguided”.

The minister’s response that it would be wrong to charge for extraction for bottled water while ignoring the water taken from our aquifers for wine, milk or soft drinks may have made sense from a policy perspective but it missed the public sentiment of growing concern over declining water quality and the way that water is exploited in this country.

Globally, water is becoming a precious resource in the same way as oil, gas and gold. 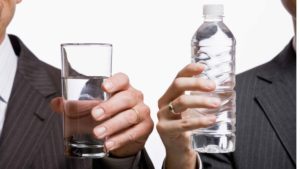 Sooner or later, countries will be charging for it in the way they do oil, says Russian academic Stepan Svartsev in response to plans to pipe water 1000 kilometres from Siberia to China’s parched northwest region.

With 20 per cent of the world’s population and just seven per cent of its fresh water, it’s been estimated that by 2020 many of China’s northern cities, including Beijing, might run out of water.

New Zealand, on the other hand, is blessed with an abundant supply of water, which as we know, is the foundation for our dairy sector.

In 2010, farmers were permitted to take about 4707 million m3 of water per year from New Zealand’s rivers and aquifers for irrigation, mostly for dairying.

Sixty-eight per cent of those water rights were allocated in Canterbury.

As well, it’s been estimated 23 billion litres a year has been allocated for bottled water bound for destinations all over the world including the US, Europe, the Middle East and Asia.

The West Coast Regional Council recently granted a consortium the right to build a pipeline from the edge of Mt Aspiring National Park to Jackson’s Bay, south of Haast to pump 800 million litres of water per month straight onto ships waiting offshore. The plan is to export this to Kuwait.

So why is this precious resource given away so freely? Why does our government, on behalf of taxpayers, make hundreds of millions of dollars a year in royalties for oil yet allows foreign-owned companies access to water rights at token rates?

Part of the reason, from the government’s view, is that nobody owns the water and therefore nobody should pay for it.

Yet we know that water permits for irrigation are worth literally millions of dollars to permit holders in the same way that oil is liquid gold for the petroleum industry.

And you could make the same argument of non-ownership about minerals that are the subject of royalty regimes.

It is clearly time for a national discussion over water charging and the development of a new policy framework that reflects the true value of water.

And in fairness, water bottlers should not be charged any differently from other users just because the New Zealand public doesn’t like the fact that bottlers make a profit from the free use of a resource.

What about the soft drink manufacturers, the irrigators, the dairy farmers that use up to 250 litres of water to make one litre of milk?

If we do begin charging commercial users, should households pay for water?

We pay for the cost of the infrastructure, the cost and maintenance of the pipes that get the potable and wastewater to and from our houses.

Then, if water is charged for, who gets the royalties?

This raises the question of ownership and the rights of Maoridom, which could legitimately claim a share of ownership under the Treaty of Waitangi.

Clearly this is not a debate the government wants to stoke in the months before an election.

Instead, it has been pushed down the track past election date.

Nick Smith has officials looking at bottling as part of the work of the government taskforce on water allocation.  He’s due to get a report at the end of the year.

However, as the public mood over water becomes increasingly bellicose, this is an argument that the government will find increasingly difficult to postpone.

Labour and the Greens have already called for a charge for commercial users of water.

Both parties have said that the royalties from large users – irrigation, factory takes and bottle water – should go back to local councils and Maoridom.

Water is now the new oil. Significant wealth and New Zealand’s economic security are at stake.

The time for taking our water for granted is now over – New Zealand needs a plan and it needs it now.