Auckland’s City Rail Link (CRL) project is on track to deliver substantial sustainability benefits, according to its annual review. 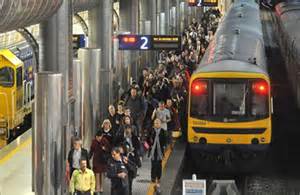 “Embedding sustainability within the thinking of the CRL management team and our contractors has been key to our current success in this area,” he explains. “We want to set the benchmark for delivering sustainable infrastructure in New Zealand.”

Construction has begun on the CRL, which will connect Britomart with two new underground train stations (mid-town near Aotea Centre and at Karangahape Road) and a redeveloped Mt Eden station, where it will join the western line and create an efficient two-way rail system.

During the current construction, the team is working on key sustainability targets with its contractors and has achieved several key milestones:

·         the CRL has been awarded a ‘Leading’ rating by the Infrastructure Sustainability Council of Australia (ISCA), the highest possible achievement in the IS scheme, for the design and construction planning (with Connectus) for the Albert Street tunnels and a stormwater diversion

·         ISCA has acknowledged as a ‘world first’ innovation, the process the CRL has undertaken to engage and partner with Mana Whenua to embed cultural values into an industry recognised sustainability framework

·         the team is striving to send zero waste to landfill by supporting and challenging contractors to avoid, reduce, reuse, recycle and recover as much waste as possible – for example, Green Gorilla skip bins from the construction site are processed in a purpose-built Resource Recovery and Transfer Station facility where more than 75 per cent of waste materials are diverted from landfill

·         the team is measuring the project’s carbon footprint and has used these carbon calculations to help optimise the design – projected savings during construction are of slightly more than one million litres of diesel, and a reduction in total emissions equivalent to nearly 18,000 flights between Auckland and London

Meale says that the CRL itself will offer major environmental benefits in Auckland, where transport is responsible for about 40 per cent of greenhouse gas emissions – the majority from road transport.

“CRL will double the peak capacity of the rail network as well as significantly reduce travel times giving more vehicle commuters the choice of travelling by train,” he promises.

“This will reduce the city’s footprint and help the country meet its international commitments on climate change.”