The Supreme Court has denied an appeal to allow a land swap for the proposed Ruataniwha Dam project in the Hawke’s Bay.

The court ruled protected conservation land cannot be destroyed for the Ruataniwha Dam. 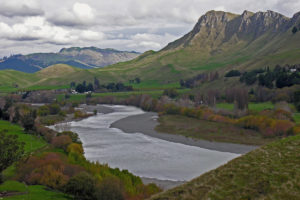 Forest & Bird challenged a deal between the Department of Conservation and Hawke’s Bay Regional Council to acquire part of the protected Ruahine Forest Park so it could be flooded for the $900 million water storage and irrigation project.

The scheme would dam 22ha of formerly-protected land and give the Department of Conservation 170ha of nearby farmland in return.

The council’s investment arm appealed to the Supreme Court after the Court of Appeal ruled last year that the process of acquiring the land would be unlawful.

The court said the Conservation Act allowed the responsible minister to revoke protected status “only where its intrinsic conservation values no longer warrant such protection”.

“The Court of Appeal was right to conclude that the revocation decision was unlawful because it was driven by the [Department of Conservation] Director General’s view that there was net benefit to conservation ends to be obtained from the proposed exchange, which could be implemented only if protected status was revoked.

“That did not justify revocation under [Section 18(7) of the Act].”

Action on the dam was already on hold as the regional council conducted a review of the scheme.

The council has spent $20m developing the dam to this point without having acquired the land to build it on.

It still has the option of seizing the protected conservation land under the Public Works Act to build the dam, but this is thought to be unlikely.

“As chair of the NZ committee for the IUCN (International Union for the Conservation of Nature) and member of the World Commission on Protected Areas, I think that any other decision would have risked dire consequences for well-loved lands and threatened species.

“The Supreme Court has said that it’s not ok to ‘un-conserve’ public conservation land with identified ecological values just with the stroke of a pen by trading some land for other land. And un-conserving can take many forms – flooding, mining, road-building, grazing, cell-phone tower building.

“As chair of IUCN, I’d say this is a victory for conservation in the long run. It would be a brave government that legislates over the top of this decision.

“As a lecturer in environmental management, I’d say this will have consequences for the fairly common practice of biodiversity compensation and offsetting.

“We don’t have a clear policy guiding it, but it happens more and more – the practice of trading this habitat for that wetland restoration, or allowing degradation of this wetland in exchange for cash.

“The problem is that DOC rarely asks for this type of compensation, and then only cashes in on the compensation two-thirds of the time.

“So it’s not terrifically effective.

“This decision will require us to be much more careful about those types of exchanges, which is a good thing.

“And as a long-time researcher on high country tenure review, I’d say it’s a bit rich to limit DOC’s ability to trade 22 hectares while LINZ has been freeholding hundreds of thousands of hectares for 25 years.

“DOC was at least going to get some land in exchange.

“LINZ has somehow managed to lose over $60 million while selling more land than it got for the New Zealand taxpayer.”