The government’s announcement today of a comprehensive overhaul of the Resource Management System is a nation-building opportunity that should lead to enhanced environmental and social wellbeing outcomes, says the Resource Reform New Zealand (RRNZ) group that campaigned for this review 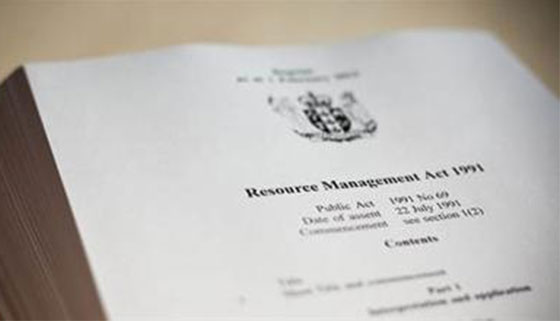 The RRNZ (Employers and Manufacturers Association (EMA), Environmental Defence Society (EDS), Property Council New Zealand, Infrastructure New Zealand and BusinessNZ) is pleased to see the focus finally on the Resource Management Act (RMA), but also sees the review as an opportunity to look at the much wider resource management system in New Zealand.

“Unfortunately the research from our group, led by EDS, showed that the hoped for environmental protections and goals of the original 1991 Act haven’t fully materialised, and the current system cannot cope with economic growth and rapid urban development,” says EMA chief executive Brett O’Riley.

“Environment Minister David Parker has made a significant step in recognising those issues and making the decision to bring in strong independent oversight to the review.”

The review will be led by recently retired Court of Appeal Justice Tony Randerson with support from a small advisory committee, with Lesley Baddon heading the Ministry for the Environment (MfE) team. Ms Baddon has considerable experience, including on the very complex Auckland Unitary Plan.

“Justice Randerson is well respected in the environmental field while the Unitary Plan process is generally regarded as having been a well-run and comprehensive exercise,” said Property Council chief executive Leonie Freeman. “The Minister is applying significant credibility and resources to this overdue review.”

The RMA was the first legislation of its type in the world combining both environmental and planning matters. At 28-years-old it is dated – for example, it doesn’t consider climate change mitigation – and RRNZ believes the 1991 Act is well overdue for a comprehensive overhaul and first principles review.

Infrastructure New Zealand chief executive Stephen Selwood wants the review to have wide terms of reference and not solely focus on the RMA.

“If New Zealand is to reintroduce proactive planning and move away from the reactive philosophy underpinning the RMA, which it must, we are going to have to look at which institutions develop and implement spatial and other development plans.”

“The review will need to be broadened to consider which public authorities – central, regional or local – are charged with environmental and land use planning powers, how they are funded and whether they have the capacity and motivation to deliver.”

“The review needs to look at who is best placed to plan, fund and deliver local, regional and national priorities,” Mr Selwood says.

With support from the others in the RRNZ group and the New Zealand Law Foundation and Borrin Foundation, EDS has looked at overseas examples, reviewed environmental outcomes here and overseas and developed a series of scenarios of what the future could look like for environmental legislation in New Zealand. Its final report on what the preferred approach should look like will be released in December.

“The timing is perfect, enabling us to feed our research findings work into the review,” said EDS chief executive Gary Taylor.

“While many New Zealanders will have their own views about what the outcomes of this review should be, the really important first step is that the conversation is underway. That was the goal of RRNZ when we began our campaign several years ago.”

RRNZ says the Minister and his team should be congratulated for undertaking such a comprehensive review but this is just a start to the very challenging work ahead.