New Zealand growth based largely on exploiting natural resources is starting to show its environmental limits with increasing greenhouse gas emissions (GHG) and water pollution, according to the latest OECD report 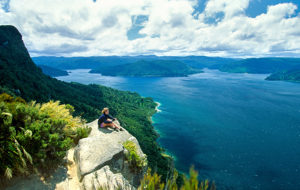 While the country only accounts for a tiny share of global emissions, the OECD’s third Environmental Performance Review of New Zealand finds that intensive dairy farming, road transport and industry have pushed up gross GHG emissions by 23 per cent since 1990.

Despite generating 80 per cent of its electricity from renewable sources, among the highest in OECD countries, New Zealand has the second-highest level of emissions per GDP unit in the OECD and the fifth-highest emissions per capita.

“Having largely decarbonised its power generation, New Zealand needs to ensure its climate policies are effective in curbing emissions in all sectors, notably transport and agriculture,” says OECD Environment Director Simon Upton. “This means strengthening the Emissions Trading Scheme and ensuring sectoral policies are aligned with the need for a low emissions transition.”

With respect to agriculture which accounts for 49 per cent of emissions – the highest share in the OECD – the report suggests either incorporating emissions from agriculture into the Emissions Trading Scheme, or developing alternative measures to counter the pressures of farming. The use of environmentally related taxes, charges and prices should be expanded.

Growth in intensive dairy production has increased the level of nitrogen in soil, surface water and groundwater. The nitrogen balance (the difference between nutrients entering and leaving the system) increased more than in any other OECD country from 2000 to 2010.

Aware of the need to safeguard water quality, New Zealand has begun a process of freshwater policy reforms with a Clean Water Package of proposals in February that address some of the OECD recommendations. Further government support is needed to assist local authorities with setting rigorous goals and to speed up implementation.

Car ownership in cities is high and many vehicles are old and emission-intensive. Current vehicle standards and taxes do not sufficiently encourage a shift towards cleaner, more efficient technologies.

• develop a long-term vision for a transition towards a low-carbon, greener economy
• strengthen national-level management of air and water pollution and hazardous waste with more guidance and support to local authorities
• accelerate implementation of water management reforms and ensure water quantity and quality limits are sufficiently ambitious. Expand the use of economic instruments to encourage more efficient water use and reduce pollution
• build capacity of Maori communities to ensure their adequate participation in natural resource management planning.

The government welcomed the OECD 2017 Environment Performance Review, saying it highlights New Zealand’s green credentials and the strong progress we have made over the past decade, as well as the challenges that need to be addressed, Environment Minister Dr Nick Smith says.

“This report highlights that New Zealand fares well in terms on environmental quality of life,” he maintains. “We have good air quality, an exceptionally high proportion of renewable electricity, easy access to pristine wilderness and an advanced and comprehensive natural resource management system.”

The report shows how far the country has come over the past decade, Smith insists. “We introduced
environmental pricing on waste in 2009 and on greenhouse gas emissions in 2010,” he observes.

“We have introduced new national policy statements in areas of freshwater management, urban development and coastal management, as well as national environment standards on air quality.

“We have also made important institutional changes with the creation of the Environmental Protection Authority, new laws regulating activities in New Zealand’s huge EEZ and the new Environment Reporting Act 2015.

“This environmental report card will help us sharpen our future direction and environmental aspirations, as well as learn from the experiences of other countries,” Smith concludes.

However, the Green Party believes the report has highlighted the “urgent need” for New Zealand to change direction and move to a low carbon, green economy.

“The New Zealand economy is highly carbon intensive and this can’t be sustained if we want to also play our part in addressing climate change,” says Green Party Co-leader James Shaw. “In short, the OECD has found that New Zealand’s growth model is hitting environmental limits.

The OECD has recommended New Zealand strengthen its Emissions Trading Scheme to set a meaningful price on carbon, set a date to begin pricing agriculture’s emissions, and address high and rising carbon pollution from the transport sector. “Our former Environment Minister, Simon Upton, is telling us that we’ll miss our Paris climate targets if we don’t change direction,” Shaw says.

“The last nine years of the National government have led to our carbon emissions rising dramatically, despite our 2015 pledge in Paris to reduce them. Our rivers are more polluted, and our biodiversity is under increasing threat.

“We need to change the government if we want to put our country on a green growth pathway — one that protects our environment and provides good paying jobs in the cleantech sector.”