You are at:Home»All News»Transport»Micromobility: safety problem or transport solution?
May 22, 2019 Transport

While there has been a significant focus on the replacement of our passenger cars with autonomous vehicles, the explosion of micromobility on our streets has taken many by surprise 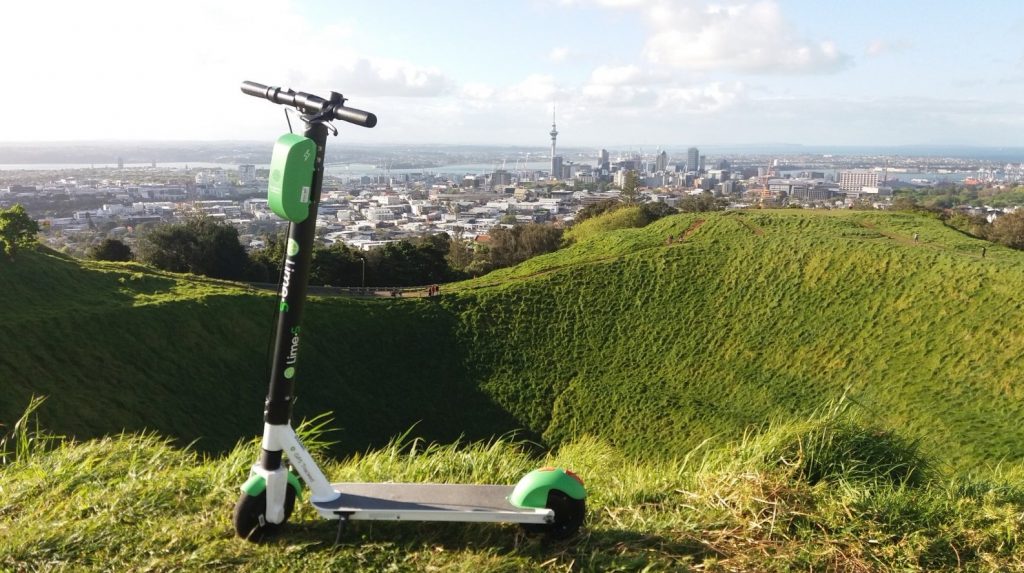 Micromobility has been around for as long as the bicycle. But the technology and form has changed. The proliferation of e-bike and e-scooter start-ups has brought into focus the shape of transport today and in the future. We are waking up to the fact that the future of urban mobility is not just about driverless cars.

Over 70 per cent of the New Zealand population live in urban areas and there is an increasing shift towards urban living, typified by housing intensification such as apartments and townhouses. Many of these residents will not have the space or need to own passenger vehicles and many won’t have access to parking at home or work.

The advent of e-power has changed transport options for many. E-bikes have increased the effective commuting range of cyclists and opened up this activity to people who may have hung up their cycle clips years ago. For shorter commutes, e-scooters have presented new options to those closer to our cities.

What is surprising is how quickly the uptake has been for low-powered e-transport, or is it? Unlike public transport, you can travel whenever you like and from door to door, giving people more freedom. In addition, there is a lower cost to the user plus the feel-good factor of zero-emissions and less congestion.

But what about safety?

E-powered cycles on shared paths, e-scooters on footpaths, e-skateboards on the road, limited road rules and regulation… Surely this is a recipe for road safety catastrophe?

Our risks have shifted with the added complexity of micromobility. We’re switching between the road and footpath, mixing it up with pedestrians, negotiating vehicles emerging from driveways and contending with infrastructure not designed with those scenarious in mind.

But before we throw our hands in the air, we need to look at these risks holistically. Is it not possible to achieve a solution that’s both safe and sustainable? Micromobility has huge potential urban transport benefits and may just make life better.

Safe system principles operate around survivability in a crash. The accepted survivable speed between a car and a vulnerable user (pedestrian, cyclist, scooter user, skateboarder or motorcyclist) is 30km/h. However, cars can travel at or in excess of 50km/h on most urban roads.

Micromobility transport generally operates at speeds of up to 30km/h and involves significantly less mass. This means that micromobility users operate within accepted survivability tolerances, presenting lower risk to themselves and other vulnerable users. Sure, speed on the footpath is an issue and maybe legislation will limit speeds. Realistically whatever this speed is, it will at times be too fast and at other times too slow. Either way, enforcement will be challenging. Maybe more 30km/h speed limits on urban roads could be the carrot to encourage more micromobility travel on roads and away from footpaths.

Consideration of safety risks posed by micromobility should be given. But these should also be reviewed in the context of the Safe System and the safety risks we live with (and accept) everyday such as thousands of cars travelling on urban roads at high speeds for vulnerable users.

Without doubt, more guidance and legislation is needed. Infrastructure design will need to change in our cities to cater to lower speed and safe micromobility. Whatever eventuates, it’s an exciting time for more liveable and safer cities.

Lessons from Australia and the rest of the world 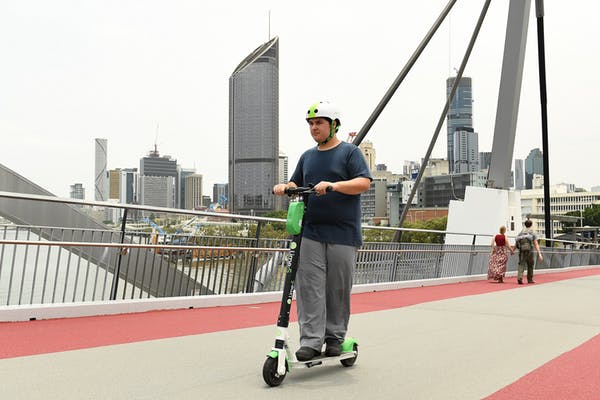 For only a few dollars, an e-scooter can get you from Brisbane CBD to South Bank in a matter of minutes. Albert Perez/AAP

Lime e-scooters have popped up all over Brisbane’s CBD and neighbouring suburbs. It’s early days for this new mobility provider, so we can’t say if this is a permanent fixture with certainty, but here’s a transport research team’s view on the Brisbane trial and its implications.

Transport disruption makes life difficult for policymakers and transport agencies. Queensland at first attempted to deter illegal ride-sharing but then legalised Uber and Ola in response to public demand. E-scooter sharing systems might be just as transformative for people’s travel.

You can download an app, sign up quickly and for only a dollar unlock a scooter, hit the accelerator and zip down the street at up to 25km/h. Scooters can be picked up and dropped off on footpaths throughout the central city. They offer low-cost travel and produce low carbon emissions.

Previously, North American cities, such as San Francisco and Washington DC, were inundated with e-scooters. In response, some cities banned e-scooters outright, others used regulations to control the new players.

The trial in Brisbane is helping the city and state see if it works and determine an appropriate regulatory approach. Lime was initially given a “temporary pass in Brisbane”, allowing up to 500 e-scooters. As long as riders wore helmets (either provided by Lime and attached to each scooter, or bring-your-own) and rode them responsibly, there would be no problem.

Kudos to the Queensland transport minister and his department for being the first in Australia to allow a trial and, more recently, for improving the regulation of these operations. Well done also to Brisbane City Council for allowing the trial in the central business district and working with Lime on the roll-out. It was especially helpful that the council’s contract with its bikeshare operator did not prevent e-scooters from competing for riders.

When you take off on one of these e-scooters, it is liberating. If you’ve used a kick scooter before, even as a child, these new versions are relatively intuitive to ride. The electric motor means Brisbane’s hills are suddenly no problem. A trip from our South Bank campus across the river and through the botanic gardens to connect to a downtown meeting took six minutes and cost just over $3.

No other mode of transport would compete in terms of either time or cost for such trips, unless you bring your own bike or e-scooter with you into town. Thousands of residents and tourists are using the e-scooters in Brisbane each day. Our sources tell us over 100,000 users have made over 300,000 trips since the mid-November launch.

There are reports of injuries from falling off the scooters. This highlights a need to take it easy your first few trips, to look for problems on any scooter you hire and to wear your helmet.

So what are the problems?

Our observations this last couple of months suggest user behaviour has changed. Some unruly behaviours we saw in the first few days seem have given way to new social norms.

Parking behaviour is also improving. Riders cannot lock the scooter (and stop paying for it) in locations where it might cause a nuisance, such as on the main green bridges. They are both encouraged to park out of harm’s way and forced to submit a photograph of their parking attempt. Park poorly a few times and Lime will suspend your account.

There are some issues though. The guidance provided to riders about where you can legally ride, whether on the departmental website, news media, the system app or its website, is at times missing, contradictory or just confusing. Fixing that should be easy enough.

Brisbane has not built much bicycle infrastructure in the last five decades, a few notable bridges and riverside paths aside. Nor have we reduced local street speeds to 30km/h, as is now standard European practice. There aren’t obvious safe routes to use when scootering through parts of the central city.

Fixing these issues will be more challenging, but quiet non-polluting e-scooters are clearly preferable to a city centre clogged with cars.

What are the best regulatory options?

Our city managers have to decide what options they prefer.

We have five suggestions:

This regulatory mix would cover most of the issues raised by others. Get all this right and e-scooters can help create a safer, more sustainable and liveable city with a better set of mobility options.