You are at:Home»All News»Transport»KiwiRail enjoys a strong half year result despite challenges
February 23, 2018 Transport

KiwiRail has posted a positive half year result with an operating surplus 39% ahead of the previous year, despite a challenging six months 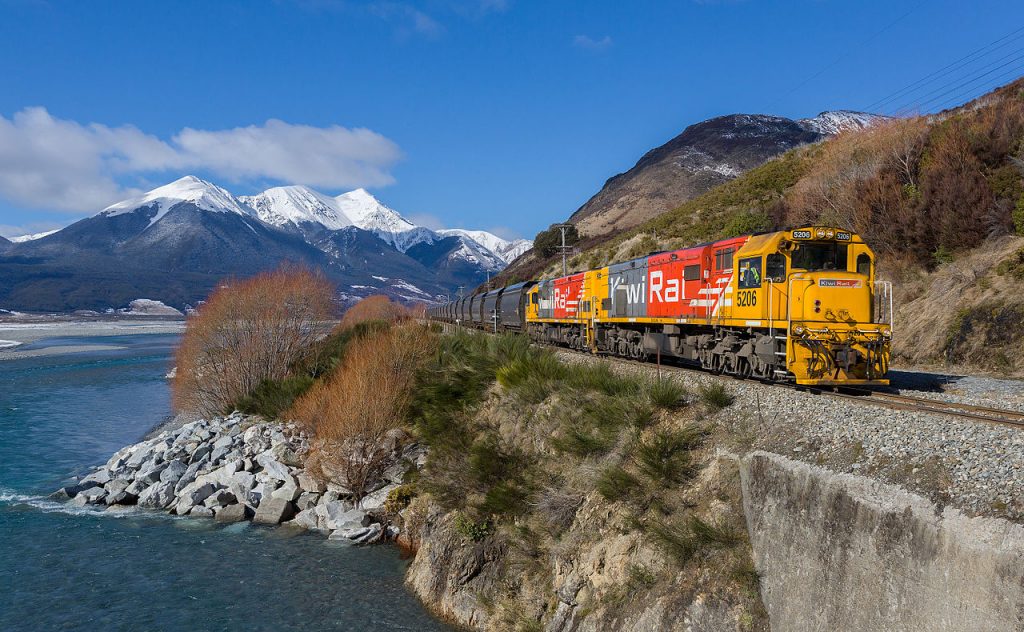 Chairman Trevor Janes says the revenue impacts from 2016’s Kaikoura earthquake and the ongoing effects of a legacy of underinvestment in the organisation had required a strong focus by the business on customer growth opportunities.

“It is a credit to the 3,400 people of KiwiRail that this result betters the December 2016 half year and that the organisation is on target to meet its commitment to Government for the third year running,” Janes says.

“The underlying operating surplus of $40 million is a significant improvement on the prior HY result of $23 million.”

The result shows a 16% growth in intermodal ports revenue on the prior year’s six months to December.

This is a strong result in light of overall container movements for New Zealand growing by 7% and reflects the ongoing modal conversion to rail.

“It has been a messy six months, particularly in the South Island, where weather disrupted the recovery we had worked hard to achieve by reopening the earthquake-affected Main North Line months ahead of schedule,” says Janes.

An ageing locomotive fleet in the South Island – which ranges in age from 32 years old to 57 years due to a legacy of past underinvestment – also caused issues for customers when a significant and unexpected overhaul programme was required to keep locomotives running.

Janes says both issues created uncertainty of service for domestic customers and the limited overnight services on the MNL after its September opening, allowing for the rebuild of the road and rail during the day, had also impacted.

“While the previous government committed to funding any insurance shortfall of the rail rebuild, KiwiRail has had to absorb the on-going revenue impact, including restricted freight volumes.”

Janes says as well as this issue, the board is working closely with government on the urgent need for longer-term funding for the organisation which is critical for efficient procurement, planning and safety in an asset and infrastructure business.

“The release of the EY Value of Rail in New Zealand report in December highlighted the $1.5 billion economic benefit per annum that rail provides through reduced congestion and carbon emissions, reduced road maintenance costs and fewer injuries and fatalities on the roads.

“It is important for New Zealand that these wider benefits are recognised in transport system planning.”

KiwiRail Chief Executive Peter Reidy says there are many operational highlights to celebrate in the six months, not least getting the MNL reopened just 10 months after the devastating earthquake and winning the Supreme Award at the AUT Excellence in Business Awards for work with Fonterra and Ports of Tauranga.

“KiwiRail is known for its ability to meet all of the challenges that are thrown at us and the past six months have shown that.

“We have continued to drive customer growth wherever possible as seen in our strong port partnerships and the considerable growth in forestry.

“Our Interislander fleet has had a particularly pleasing result despite the South Island disruptions.

Passenger revenue increased by 7% with patronage up 4% and a better yield from vehicle passenger growth and Commercial Vehicle lane metres were up almost 12% as more freight had to travel by road.

“On the back of our growing Interislander business we are seeing good progress on securing new customers.

“As a State-Owned Enterprise we have continued our focus on productivity initiatives with $7 million targeted this year, building on the $45 million achieved over the past two years.

“This has helped KiwiRail absorb labour inflation and increases in fuel pricing through a continued emphasis on cost management.”

Safety is a major focus for both the Board and Executive team – the Total Recordable Injury Frequency Rate for the period was down 14% and total recordable injuries reduced by 7%, building on a strong safety performance over the past two years.

Reidy says there are some positive signs in forestry and container movement to and from ports and our Interislander business – forestry projections see continued growth; container freight is growing at ports and the return of consistent and full services in the South Island will give domestic freight customers confidence to commit full volume again.

While the Kaikoura earthquake is expected to continue to impact financial performance over the next six months, KiwiRail is on track to meet the full year operating surplus commitment of $30-50 million.

The organisation is working closely with the Labour-led government on its priorities for the next three years as well as the need for investment in rolling stock, future plans for the Interislander fleet and network development, including a close collaboration with Auckland Transport on the City Rail Link.

“The past six months has shown again that KiwiRail is ready for the challenge, wherever that may come from. It is our vision of being a reliable, sustainable and valuable asset for New Zealand that matters most,” Reidy says.