You are at:Home»Events»Impressive speaker array for 2030 Global Future event ahead of Digital 5 Summit in Wellington
November 22, 2017 Events

The two day event in Auckland on 19-20 February sets a global path to 2030 and will showcase New Zealand achievements that earned it membership of the Digital 5 group of countries. 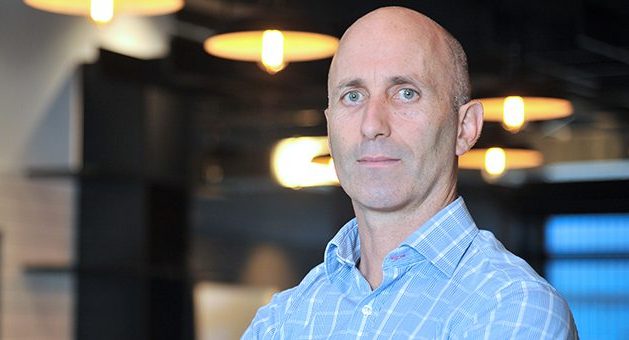 The D5 Summit itself later in the week provides a focused forum to share best practice and identify how to improve the member-countries’ digital services.

“This year alone we have seen the launch of a self-driving vehicle firm in New Zealand, face-detecting systems to authorise payments, the creation of new solar devices that could create cheap and continuous power and the relentless push to add connectivity to home gadgets.

“As self-driving cars become common in this country, we need to gauge if New Zealand’s is living up to its reputation as a standout digital nation,” says Muller.

His comments come following the 2017 Digital Planet report by the Fletcher School at Tufts University which shows New Zealand is one of the world’s leading digital nations.

“The Digital Nations conference offers a great moment to bring together New Zealand’s digital leaders, with international experts, business leaders, societal change agents and policy makers to envision what New Zealand could look like as a digital nation by 2030, and then agree on investments and policy to help us get there.

“By listening to the plans of other leading nations and then working on what it could mean for New Zealand’s education, health and financial systems, our productive sectors and the society, this should help us move together as a country towards a more prosperous future during a period of profound change.

Technology, business, social and government leaders from across New Zealand are on the  Digital Nations 2030 Global Future summit speakers agenda  and they are joined by more than 10 international speakers including futurist Graeme Codrington and Singapore based Sandra Ng the Group Vice President heading IDC’s Asia/Pacific Practice Group.

“New Zealand’s innovation ecosystem and institutional environment are both noted as strengths for New Zealand in the 2017 Digital Planet report and this Digital Nations conference partnership between industry and government is a great example of why we are seen as a leading country,” Muller says.

Estonia is renowned as one of the most advanced digital nations in the world.

Its e-solutions have resulted in high levels of government transparency and accessibility, safe and flexible exchange of private, government and corporate data, easy access to social services for its citizens and a prosperous environment for business and entrepreneurship.

e-Estonia’s digital society is made possible mainly by its infrastructure – an open, decentralised system that links together various services and databases allowing new components of its digital society to be developed and added through the years.

The Israeli government is changing the way it provides essential services to its citizens through the Digital Israel initiative.

This initiative promotes the use of digital services in the public sector especially in important areas such as education, healthcare and welfare, and the use of digital technology in business, particularly by small and medium-sized businesses.

Digital Israel is also about using IT for better interaction between government and people, growing the economy and improving social welfare. The Israeli fibre-optic communication project will give the country one of the world’s most advanced broadband networks, giving Israeli households and businesses access to superfast internet.

South Korea has created the concept of ‘Government 3.0’ as a new model for providing public services.

Under Government 3.0, the government will provide personalised digital services. Government 3.0 also aims to support new jobs by opening up and removing barriers to sharing public information among government agencies and municipalities.

The UK Government is building on the success of its 2012 Government Digital Strategy with the release of their Government Transformation Strategy 2017-2020.

Aside from covering the continued development of the UK’s world-class digital services, this digitally-enabled transformation is also about:

Since its foundation in 2011, the Government Digital Services has attracted much praise for its ‘Digital by Default’ strategy, the concept of ‘Government as a Platform’, and its work on service design such as GOV.UK Verify.