Leaders from major tourism, science, health, recreation and environmental organisations have come together to launch an unprecedented plan for solving the country’s freshwater crisis.

The plan presents seven steps that the organisations say political parties forming the next government should commit to if they are serious about saving New Zealand’s rivers and lakes. 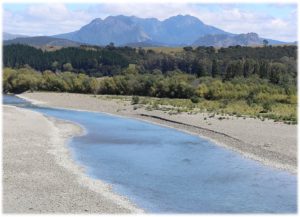 The first step outlined in the Freshwater Rescue Plan is to protect New Zealanders’ health and their waterways by setting strict and enforceable water quality standards based on human health and ecosystems health limits.

The plan comes four months after the government released its Clean Water Package, which was widely condemned for lacking urgency and for weakening protection of rivers and lakes.

The Freshwater Rescue Plan also calls for an end to public funding of irrigation schemes, and as step three redirecting that funding to support the transition of the agricultural sector towards more sustainable practices.

The Parliamentary Commissioner for the Environment has found that even with best practice mitigation, we can’t have both dairy expansion and healthy waterways.

Therefore, step four of the plan is the immediate implementation of strategies to decrease the number of cows nationally.

The organisations maintain that it is vital for the steps to be adopted together.

Strict water quality standards can only be effective alongside an integrated approach.

Each step in the Freshwater Rescue Plan supports and reinforces the others.

The final step in the plan is adopting the OECD recommendation to establish a whole-of-government, multi-stakeholder process to develop a long-term vision for the transition of New Zealand to a low-carbon, greener economy as step seven of the plan.

In recent months, three independent reports have provided overwhelming evidence that our rivers and lakes are in serious trouble.

The government has the power to stop the contamination of freshwater and protect New Zealand rivers and lakes.

While the organisations acknowledge that the process will take time, they stress that politicians must start now.

The organisations insist New Zealand has the steps needed to deal with the freshwater crisis – all that’s missing is the political will to do so.

The Freshwater Rescue Plan has been welcomed by the Green Party, which hailed it as a “wake-up call”.

“The National Government has been in denial about the poor state of Aotearoa New Zealand’s waterways, so this plan should be a wake-up call,” says Green Party water spokesperson Catherine Delahunty.

“The seven-point Freshwater Rescue Plan is a bold plan that includes many of the things we have been calling on the government to do in order to clean up and protect our waterways, such as ending subsidies for large-scale irrigation, decreasing the number of cows on our farms, bringing in higher standards for clean water, and moving to less intensive forms of farming.

“The Green Party will wind up Crown Irrigation Investments Ltd and end Crown subsidies for irrigation schemes, such as Central Plains Water that has enabled intensive dairy farming in an area already suffering from too much nitrogen pollution.

“In the last Budget, fresh water clean-up work got only $1 million of new funding, while more than $90 million has been budgeted for irrigation schemes that will pollute our waterways.

“All the best practice mitigation measures like fencing stock from waterways and planting riparian strips aren’t going to prevent further pollution from dairy farms entering our rivers – we need to reduce the number of cows so that there is less pollution in the first place,” Delahunty says.