The Ocean Cleanup project has been redesigned and relaunched, as it makes its second attempt to clean up a giant pile of plastic three times the size of continental France concentrated in the Pacific Ocean 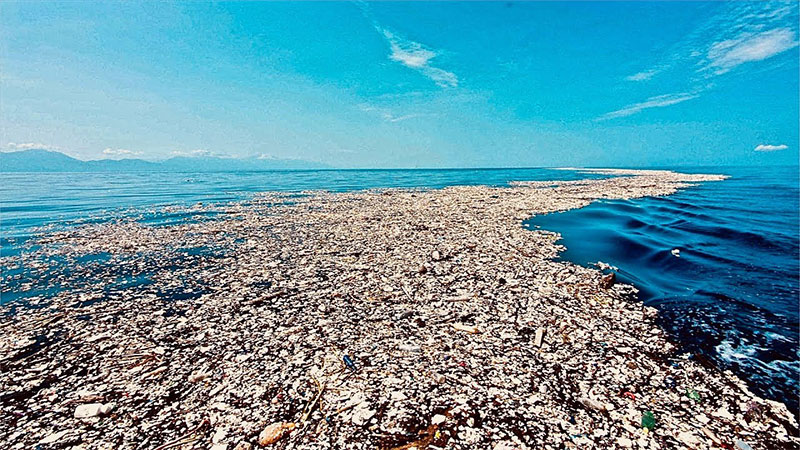 Ocean plastic pollution: Overproduction of plastic, waste mismanagement, and single use plastics are underlying issues needed to be addressed before plastics reach the water, oceanographers have said.

Last September The Ocean Cleanup made the world’s first attempt to clean the “Great Pacific Garbage Patch”, a smog of the world’s largest zone of ocean plastics located between Hawaii and California.

Technology to solve this issue had not been developed or deployed before the September attempt.

Ocean plastic activists and marine scientists who have criticised the project, describing it as a “hard to pull off technological innovation”, have warned it could also detract attention from the push to stop plastics from entering the ocean to begin with.

The infamous GPGP: Around 80 million kilograms of floating plastic have accumulated in an area which is reportedly three times the size of continental France.

This is an estimated 1.8 trillion pieces of plastic, principally made of polyethylene (think grocery bags, shampoo bottles) and polypropylene (a thermal plastic also used for many consumer products), circulating the ocean. 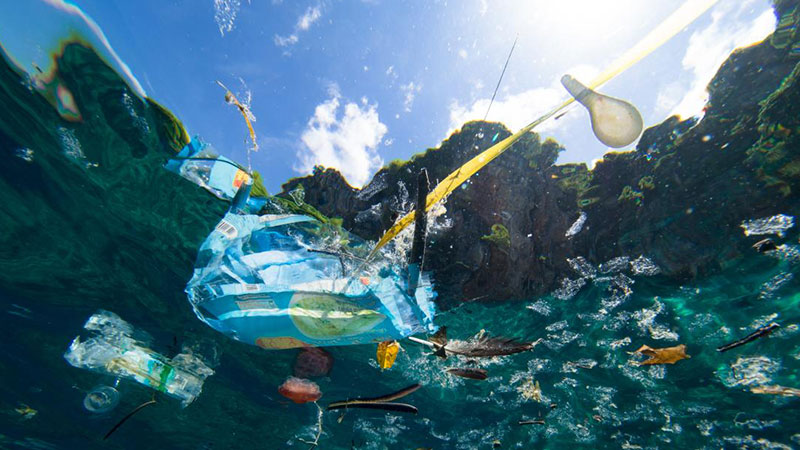 About 8 million metric tons of plastic are thrown into the ocean each year. Of this, 236,000 tons are microplastics – tiny pieces of broken-down plastic.

During its maiden voyage, the 600-metre long floating boom broke, with creator of the Ocean Cleanup project Boyan Slat also adding that the system did not maintain sufficient speed.

“Allowing plastic to exit the system,” he said.

“Additionally, the floater suffered from a structural failure, causing an 18-metre end section to disconnect from the rest of the system.”

Over recent months, the team worked on solving the issues to get the system back into the sea.

“The main improvement of the structural design was to simplify the HDPE pipe and allow minimal fluctuations in the wall thickness,” Slat said. 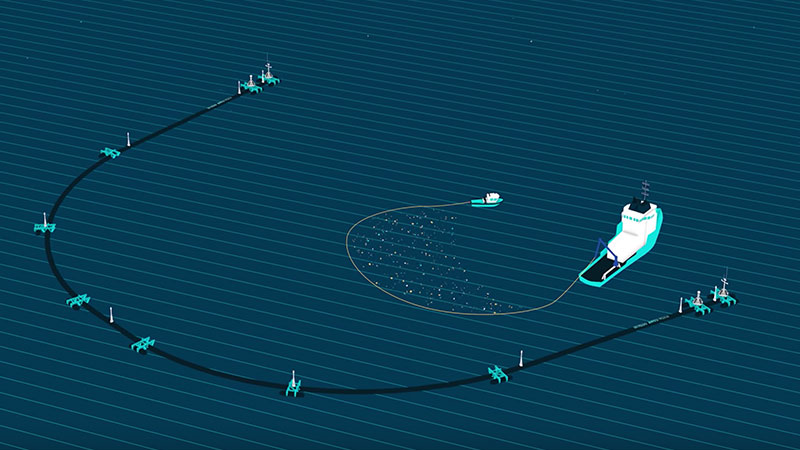 The concept: A 600-metre-long floater sits on the water’s surface, while a 3-metre-deep skirt is attached below. The floater provides buoyancy to the system, restricting plastic from flowing over it, while the skirt stops debris from escaping underneath.

“To retain the captured plastic, it’s not as important if the system moves slower or faster than the plastic, rather the key is consistency: the velocity difference must either always be positive or negative.”

“Fluctuations in the speed will prevent the plastic from staying within the system – as we saw during the previous campaign.” 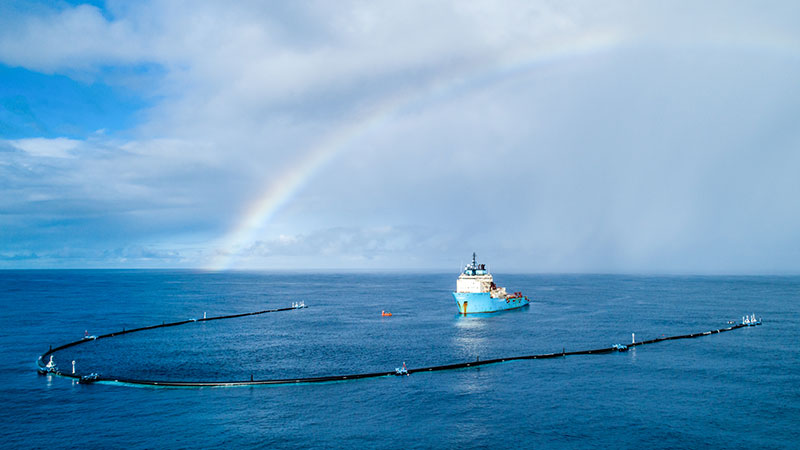 The ship tows a U-shaped barrier to collect plastic while allowing marine life to swim beneath it.

Slat said the principle behind the design process is to test, learn and repeat, “until you have a proven concept”.

“We don’t know with certainty that these proposed options will solve the issues we have encountered. In fact, there may still be further unknowns, as is the nature when doing something that has never been done before. What we do know, is that every day we are not yet operational the plastic pollution problem is not getting better.”

“Hopefully nature doesn’t have too many surprises in store for us this time,” Slat said in a tweet.

“Either way, we’re set to learn a lot from this campaign.”