Water New Zealand is calling for formal collaboration in the drinking water sector to help avoid another contamination crisis.

Its submission to stage two of the Havelock North Drinking Water Inquiry (which is looking at systemic changes needed to improve the drinking water regulatory environment) says that there is a need for a new system of formalised collaboration across the sector, mandated at a national level. 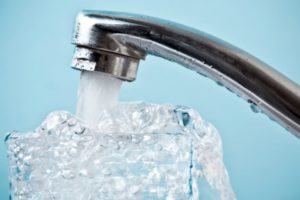 Stage one of the inquiry looked at causes of the outbreak and found that the “dysfunctional relationship” between the regional and district councils and their lack of co-operation resulted in a number of missed opportunities that may have prevented the outbreak from occurring.

Across the country, there are 76 water utilities, 20 district health boards, 16 regional councils and several government ministries involved in regulating various aspects of water.

Water New Zealand CEO, John Pfahlert, says that with so many agencies involved it is inevitable that at times they will work independently of each other and that inconsistencies and gaps could occur.

However, he says a “one -size-fits-all” collaboration approach would not be appropriate.

“While it is important that collaboration is mandated at a high level, the details need to be determined at a regional level to allow each region to develop an approach that best suits its particular circumstances.”

He says that since the Havelock North campylobacter outbreak many other regions have already taken steps to work more collaboratively and to close any communication gaps in their region.

But he says it’s important that collaboration or partnerships do not operate in a vacuum because there are other changes, such as through legislation, that are also needed to ensure safe drinking water across the country.