You are at:Home»All News»Water»Forest & Bird pulls out of Land and Water Forum
March 8, 2017 Water 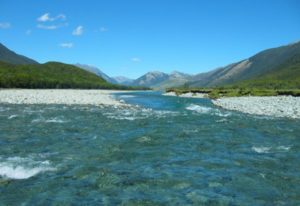 The move follows the government’s proposed freshwater standards, released last month, which largely ignore the consensus recommendations of the forum. “The latest proposals from the government really are an attempt to snatch defeat from the jaws of victory,” says Forest & Bird President Mark Hanger.

“The forum provided the government with consensus recommendations that had buy-in from all the relevant stakeholders, incorporating the best scientific advice, yet they’ve come up with something very different.

“In putting the forum’s recommendations to one side, the government has undermined the good faith and trust that we put in the gorum to help address the freshwater crisis facing all New Zealanders.”

Forest & Bird has been involved in the inner circle of the Land and Water Forum since its inception, over a period of nine years. The organisation has previously considered its membership of the Forum, in response to the government’s selective ‘cherry-picking’ of Forum advice.

In the forum’s latest phase of work, the government sought specific advice on human health aspects of freshwater (swimmability) as well as the Macroinvertebrate Community Index (MCI), nitrogen, and phosphorous – all indicators of ecological health. The forum delivered their consensus recommendations in August 2016.

Forest & Bird is primarily concerned about ecological health, yet swimmability has become established in public discourse as a useful proxy for overall freshwater health.

“We were deeply disappointed by the government’s response to the forum’s recommendations. Not only are they shifting the goalposts in relation to swimmability by doubling the acceptable level of E.coli, but now we find that they are also excluding smaller rivers and streams,” says Mr Hanger.

Forest & Bird recently released maps which show that, despite the government’s claim that 90 per cent of New Zealand’s rivers would reach a swimmable standard by 2040, the majority of the country smaller rivers and streams are excluded from the proposed standards.

It is also clear that that the majority of forum’s consensus recommendations to provide for ecological health have been ignored by the government.

“To continue our involvement with the Land and Water Forum would give the impression that we consider the government’s latest freshwater proposals satisfactory. We do not,” says Hanger.

“We have considerable goodwill towards the intent of the collaborative governance process, and towards fellow forum members who we have worked alongside over the last nine years.”

“But good faith from the government is an essential component that is required for this process to work, and without that we are left with no choice but to withdraw.”

Established in 2009, the Land and Water Forum brings together stakeholders from industry groups, iwi, environmental and recreational NGOs, electricity generators and scientists, to develop a common direction for freshwater management in New Zealand and provide advice to the Government. The approach follows a Scandinavian-style collaborative governance process.

Forest & Bird’s Advocacy Manager Kevin Hackwell has represented Forest & Bird on the Forum’s Small Group, consisting of around 25 members, and is also one of the three trustees of the Land and Water Forum Trust.

Forest & Bird walk out is yet another sign that Nick Smith’s river rebranding exercise has done more harm than good for freshwater in New Zealand, the Green Party says.

“If we are going to clean up our rivers we need all New Zealanders on board. National can’t keep side-lining people and groups it disagrees with – that’s not the way science works.

“Farmers, environmental groups, iwi and others worked incredibly hard over the last nine years to find common ground and solutions to the freshwater crisis. Nick Smith has undermined their work by ignoring their consensus recommendations on fresh water.

“New Zealanders want to be able to swim in their rivers again and trust the water coming out of their tap. They need a government that listens to all New Zealanders, not just their mates.

“The idea behind the forum was a good one – bringing together stakeholders from both the commercial and environmental sides. But it became redundant once National started cherry picking recommendations.

“The forum has also been compromised by a mandate focused more squarely on water use for short-term profit, rather than long-term sustainability,” Ms Delahunty maintains.