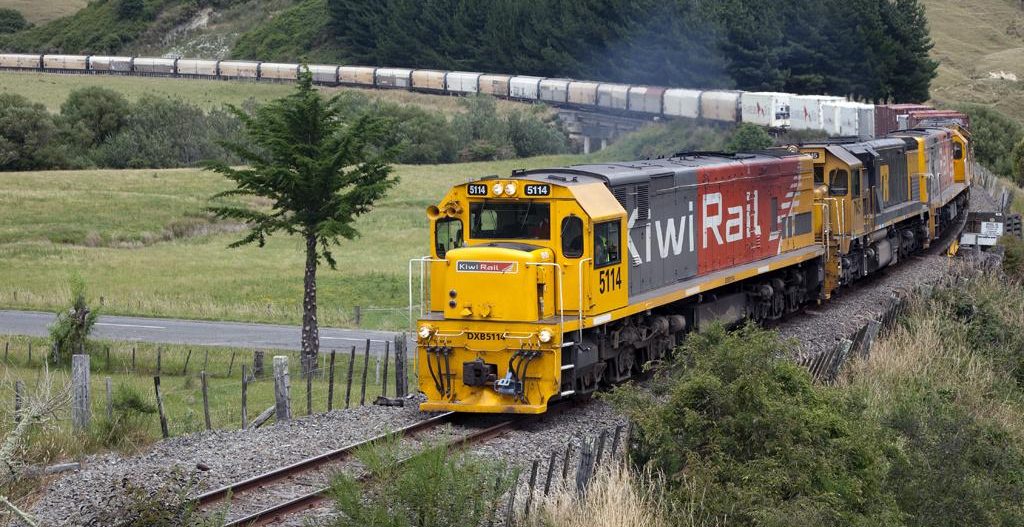 The result achieves its commitment to government for the second year running,  excluding earthquake impacts.

The FY17 result shows a $52 million surplus achieved despite a $40 million revenue and cost impact from the earthquake and its aftermath.

If the earthquake had not occurred, the operating surplus would have exceeded forecast, budget and the FY16 underlying result of $86m, Chairman Trevor Janes claims.

“KiwiRail’s performance in the first four months of the financial year showed our growth   strategies of simplifying our  business, standardising our assets and investing in our people were really starting to pay off,” says Janes.

“Before November’s event took out our major South Island services on the Main North Line (MNL), we were seeing the results of our efforts and anticipating a record season for our passenger and freight businesses.

“Operating margins were increasing due to significant productivity savings which in FY17 totalled $18 million, building on the $27 million achieved in 2016,” Janes notes.

This helped KiwiRail to absorb the $9 million revenue impact of a fire which in February took out the South Island’s Midland Line for six weeks, cancelling its freight services and the award-winning TranzAlpine tourism journey.

This is a strong financial result for KiwiRail in a challenging year, Janes believes.

“Our recovery from these events is set to continue in the next 12 months, particularly now that  freight is soon to be running again on the Main North Line (MNL) between Picton and Christchurch, albeit in limited capacity.”

One of the earthquake’s stranger effects is that it has increased asset impairment, Janes notes.

“An accounting requirement of the organisation means capital expenditure is written off each year, which consequently values assets at substantially below replacement cost.

“This treatment has never been more anomalous than this year as we have written off all of the earthquake rebuild costs, despite it delivering significant value to New Zealand.

“I am pleased that the government has this year announced a review of rail which will look at KiwiRail’s long-term funding options and may address this issue.”

KiwiRail Chief Executive Peter Reidy says the earthquake had widespread revenue and cost impacts as freight flows around New Zealand changed, along with the effects on passenger services on the Interislander ferries and rail tourism journeys.

The $40 million impact is made up predominantly of domestic freight revenue loss as the MNL closed, plus some effect from falls in bulk freight such as steel and gas.

Passenger volumes on the Interislander also took a hit as tourists avoided road travel to Christchurch, and the Coastal Pacific tourism service was cancelled.

“There have been revenue gains made in industries less affected by recent events such as forestry, which was a standout performer in the year, up 7 per cent,” Reidy notes.

“KiwiRail’s strong port partnerships saw volumes at Port of Tauranga rise by 12 per cent, while we actively enabled the transfer of freight from the earthquake damaged CentrePort in Wellington in to the ports of Napier and Auckland.

“Tourism looks set to rebound quickly with the 8 per cent rise we were seeing in our rail passenger journeys prior to November, giving confidence that this is sustainable growth will continue once our Coastal Pacific returns next year.”

“I’m proud of our people who improved reliability for our premium freight customers by 20 per cent year on year, and lifted On Time Performance (OTP) of all our freight services, which was up 8 per cent to 91 per cent overall.

“OTP is all about meeting our customer promise, and is a critical factor for our customers shifting more freight on rail.

“That’s important for New Zealand, as every tonne of freight moved by KiwiRail is a 66 per cent carbon emissions saving over road.

“These service improvements coupled with customer satisfaction gains in our tourism rail journeys and the Interislander have set us up to not only recover well from recent events, but to tackle the next 12 months building on our strong operational performance.”

Safety for KiwiRail’s people and the public continues to be a major focus with further improvements made in the year to total recordable injuries– down 15 per cent.

The Total Recordable Injury Frequency Rate (TRIFR), down 3 per cent, built on reductions in the previous two years.

“Over the past three years, TRIFR has decreased by 45 per cent,” Reidy observes.

“Our High Performance, High Engagement programme of work with frontline staff and our union partners continues to drive the transformation of our culture, and resulted in recognition at the Workplace Safety Awards this year for staff engagement.”

Included in the financial result is the purchase of the Kaitaki ferry from Irish Ferries in May, which reduces charter fees and secures the future of the Interislander service as work continues on a longer-term plan for the fleet.

The result also includes $8m for a change of accounting treatment of drydock costs.

“KiwiRail is a key part of New Zealand’s integrated transport network – the State Highway One across the strait – and last year we took more than 1.1million trucks off the roads, up on the previous year’s measure.

“We also enable the large commuter growth in our major cities, providing the network for 32 million passenger journeys each year.

“Train patronage in Auckland has grown 17 per cent in the past12 months, and almost 80 per cent over the past five years.

“Our network teams are a critical part of that success.”

Reidy says he is pleased with the efficiencies, productivity gains and operational performance improvements which KiwiRail has implemented over the past three years, enabling smart investment and allowing its customers to grow.

“Over the next 12 months we will invest where growth is most needed for our import/export and domestic freight forwarders while driving a strategy of renewal for our ageing rollingstock fleet to ensure further reliability and capacity for customers.

“We will continue to drive productivity initiatives and efficiencies throughout the organisation.

“Assisting with the rebuild of State Highway One and then working with our NZTA partner in the NCTIR alliance to get the MNL back to full freight capacity is a major focus for the next 12 months, benefitting South Island consumers due to reduced supply chain costs.”