You are at:Home»All News»Energy»Driving towards a low-emissions economy
July 9, 2018 Energy, Environment, Roads, Transport

There are several simple steps that New Zealand could implement to achieve the goal of a low-emission economy, says Toyota New Zealand CEO Alistair Davis 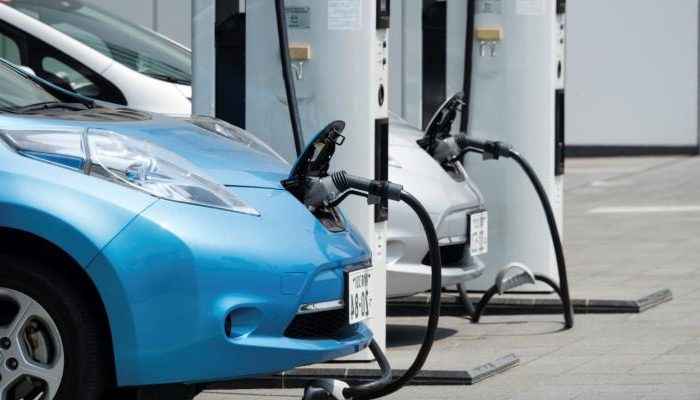 The Productivity Commission’s draft on the move to a low carbon emission economy through a Zero Carbon Act is a sound report on what lies ahead.

As the brand which has nearly a quarter of all vehicles on New Zealand’s roads Toyota takes its responsibilities to customers and the environment very seriously.

With transport emissions accounting for nearly 20% of all carbon output, we have a large influence on how New Zealand will progress to a zero-carbon economy.

This will not happen quickly.

The life cycle of a motor vehicle is often between 30 and 40 years, so a model Toyota starts planning now and introduces to the market in three or four years may not disappear from our roads until after 2050.

Toyota New Zealand has made several submissions to the Productivity Commission of New Zealand to achieve lower emissions from vehicles.

These fall into three categories:

New Zealand is a unique market: in a record year for vehicle sales in 2017, there were 177,000 used imports registered here for the first time, along with nearly 160,000 new vehicle sales.

Strategies and policies here need to take account of both types of vehicles and will differ from a country where only new vehicles enter the nation’s fleet.

Recently New Zealanders have tended to buy larger vehicles as they have become more fuel-efficient and as fuel prices have remained relatively low compared to many other countries.

A feebate system is a way of pricing the real cost of emissions into people’s choice of motor vehicle.

As a new vehicle supplier, importing over 30,000 vehicles each year, we could meet a weighted average of emissions over time across the wide range of vehicles we offer the market.

But it would be very difficult to apply emission standards to the large number of small businesses who import used vehicles.

This would encourage suppliers and consumers to adopt lower-emission vehicles.

This has been successfully trialled and rolled out in other countries.

For example, the Norwegian government offered motorists a significant tax rebate, in some instances as much as NZ$12,500 in reduced registration costs and other taxes, on the purchase of new electric vehicles, leading to a 29% increase in the EV fleet in 2017.

A complementary measure to a feebate system would be setting a maximum age for imported vehicles.

The older the fleet, the more emissions it produces.

Setting a maximum age at the time of a vehicle’s importation and periodically adjusting it would be easy to administer to reduce the average age of the nation’s fleet and improve the nation’s emissions.

Fuel prices should also reflect the true cost of their environmental impacts to influence consumer behaviour.

History has shown consumer choice and usage of vehicles is influenced by the price of fuel: when the price goes up, people buy more fuel-efficient vehicles with lower emissions and use them less.

In Japan and Europe where fuel costs more, the sale of lower emission electric–petrol hybrid models with their lower emissions make up 47 and 30% respectively of the market.

In the USA where fuel is cheap, hybrids make up 10%; in New Zealand it is only 4% of the fleet.

Toyota would like to see further research into how fuel prices could encourage the uptake of lower-emission vehicles and how the effects on low-income households could be mitigated.

One policy that is gathering momentum around the globe is setting a date to phase out fossil-fuel vehicles.

Some cities in Europe are already banning diesel vehicles and are looking at doing the same with petrol vehicles as soon as 2030, although hybrids will still be allowed.

It is difficult to mandate a date to do the same in New Zealand.

We support the government’s drive to increase the uptake of electric vehicles, but all the technology is imported and global production is limited.

And we don’t know when the battery technology will be ready and an affordable vehicle range available to meet the needs of the increasing numbers of consumers who use SUVs and light commercial vehicles.

Toyota New Zealand has proposed that a target percentage of the light non-fossil fuel vehicle fleet be set as a trigger point for when the government would then consider mandating a date for the phasing out of fossil fuel vehicles with plans and policies to encourage it.

Historically New Zealand’s vehicle usage has been influenced by low population density in towns and cities compared to the likes of London and Tokyo and the country’s elongated geography, so there is a higher proportion of private ownership and use.

We acknowledge the Productivity Commission’s report calling for more use of public transport, cycling and walking, but roads will still have to be maintained and improved to serve a growing population.

Road pricing on a national scale will be needed in the decades to come to compensate for the fall in income from fuel taxes.

It can be used in cities to help address congestion and several European cities have already successfully implemented it.

New technology makes road pricing increasingly affordable to introduce and drivers can be charged electronically as they are for utilities like power and water.

This could take decades to become acceptable, so a carefully planned transition to road pricing is essential.

Mobility as a service (MaaS) is a relatively new concept of a wide variety of personal transport options, but Uber and Lyft and other ride sharing services have quickly made it acceptable and it is being used increasingly in New Zealand.

While individual vehicle use will remain the predominant mode, encouraging the variety of MaaS models will take some single-use vehicles off the road and reduce emissions.

As a nation we need to encourage the scrapping of older high-emission vehicles.

At the moment the average scrapping age is 19 years.

This is challenging because many are owned by people on lower incomes.

Recently the rate of scrappage has slowed because mechanical longevity means vehicles are staying on the roads longer.

Additionally, there is a public protection benefit to taking older cars off the road, as newer vehicles are equipped with superior safety technology.

Internationally some countries have set up “cash for clunkers” schemes to get older cars off the road, but it has been expensive.

Alternatives could include charging the cost of scrappage in the price of the vehicle when it is first registered, with the funds held in trust to be available to the final owner when it is scrapped.

Alternatively, annual licensing fees could be increased to encourage scrapping, as is the case in Japan.

Another possibility is to make the Warrant of Fitness inspection more emissions related as well as the current focus on safety.

There are difficult choices to make to shift New Zealand to a low-emissions economy.

Social equity and fairness issues will have to be addressed.

This could take decades and needs political consensus and enduring commitment from both the government and the motor industry to be successful.