Plastic bags are the current public enemy number one, but are biodegradable bags any better? 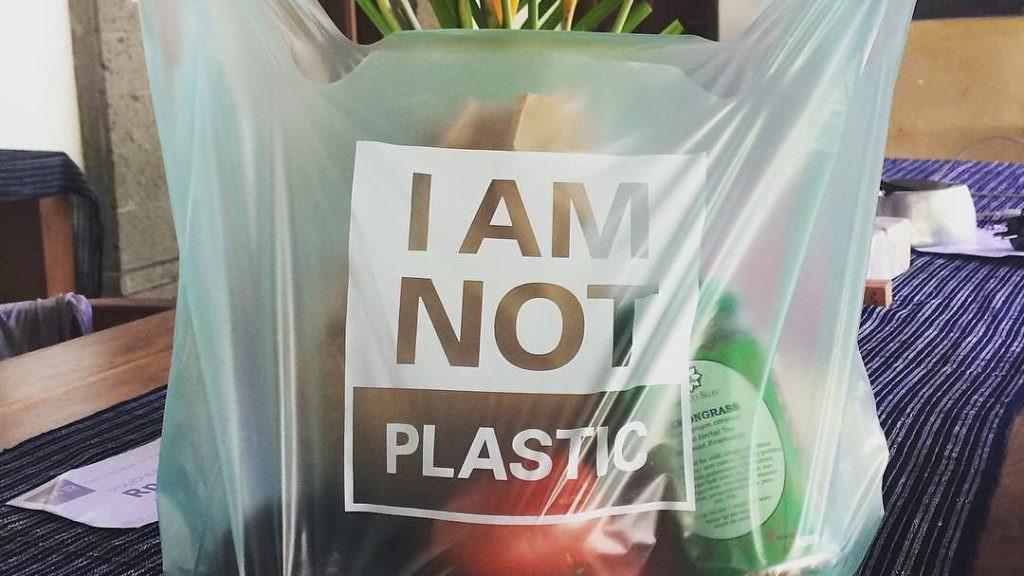 European experts argue that the existing industry standards and testing methods are insufficient to predict the biodegradability of single-use plastic carrier bags within lakes, rivers and oceans.

They say not enough is known about how these materials will break down in the environment, which is essential to figure out before turning to another type of bag that may cause a different set of problems.

“This research helps destroy the thinking a plastic bag with a label ‘biodegradable’ is safe for the environment,” says Professor Thomas Neitzert, Professor of Engineering, AUT; President of Engineers for Social Responsibility.

“The current standards are not taking properly into account real-life conditions and are therefore underestimating the break-down times of plastic materials.”

He says the standards are also not accounting for the damage of break-down particles on marine life when they are digested.

A biodegradable plastic bag is potentially dangerous to marine life from the moment it enters the water until it dissolves into micro- or nanoparticles over many years.

“The co-existence of conventional plastic bags and so-called biodegradable plastic bags of compostable materials is also upsetting current recycling operations and is confusing the general public.”

Neitzert also points out that biodegradable plastic bags are in many cases made from crude oil, requiring carbon-based production processes and are emitting CO2 or methane when degrading.”

“On the way to a low carbon economy, we should, therefore, carry a reusable bag made from cloth or jute, like our parents did.”

He adds that, as with many standards, there is a gap between laboratory testing and the outside world with its constant changing conditions in this case concerning seasons, temperatures and concentrations of chemicals.

“Plastics exists in wastewaters, freshwater and the marine environment and standards never cover all of them.

“The standards are usually underestimating the life of a plastic product by years and sometimes decades.

“The test durations are usually only up to six months, apart from marine conditions where they go out to two years.

“The test conditions are not precisely described in terms of inocula and material sizes.

“Sometimes powders are being used which deteriorate faster than film material because of different surface to volume ratios.”

As a result, Nietzert claims, statistical replications can be insufficient, composites and plastics with additives are insufficiently considered.

“This also applies to environments colder than 13 degrees, sandy sediments and coastal waters, where freshwater and marine water mix.

Plastic pollution is one of the most challenging environmental issues that is facing the world today, according to Dr  Ivanhoe Leung, Co-Deputy Director of the Centre for Green Chemical Science, and Senior Lecturer at the School of Chemical Sciences, University of Auckland.

“The science and technology behind biodegradable/compostable plastics have gone a long way since they were first developed,” he notes.

“Given the right conditions, biodegradable plastics can be broken down into harmless materials within a few months.”

The challenge, however, is to separate these biodegradable plastic materials from the waste stream so that they can be broken down under the right conditions.

“For example, undesirable substances like acids or methane gas can be produced from biodegradable plastics if they are broken down in places that lack oxygen.

“These could be landfill sites, or anaerobic marine habitats like salt marshes or brackish waters.”

Leung says one of the challenges when developing biodegradable plastics is the biodegradability of these materials under controlled conditions, such as those inside a laboratory, does not necessarily translate to the open environment.

“The lack of clear and standardised guidelines mean that temperature, or the size, form and shape of the materials are often being ignored during testing, even though they are important parameters that determine the biodegradability of a material.”

Ultimately, he admits, there is no “single magic bullet” to solve the plastic pollution problem.

“Governments, industries and universities need to work together from different angles.

“It is important that governments and the international community to review current international standards and testing methods so that we can get realistic models to predict the biodegradability of plastic materials in different environments.

“Research funding should be spent so that universities and industries alike can develop materials that have better properties, balancing the needs for durability and biodegradability.

“Alternative methods, such as the use of plastic-eating bacteria, should be investigated so that we can find new ways to break down and recycle existing plastic wastes in a more efficient manner.”