Waste to energy and infrastructure firm Keppel Seghers and its Chinese partner, Zhen Hu, have been awarded a contract worth US$4 billion for Hong Kong’s first integrated Waste Management Facility 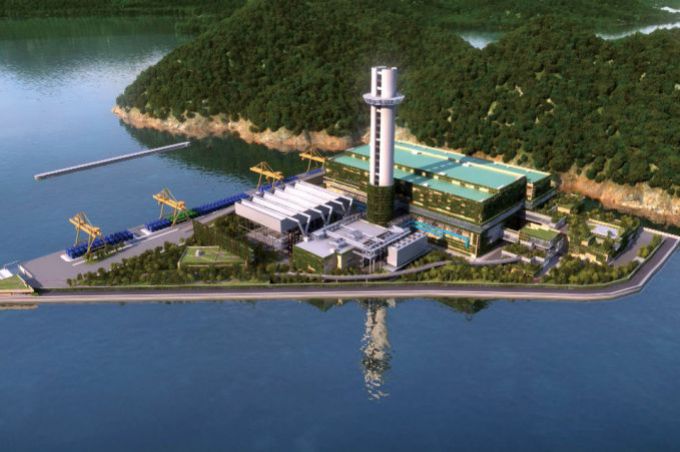 Waste to energy and infrastructure firm Keppel Seghers and its Chinese partner, Zhen Hu, have been awarded a contract worth HKD 31 billion (US$4 billion) for Hong Kong’s first integrated Waste Management Facility to be built on a reclaimed island off the coast of Shek Kwu Chau.

The contract was awarded via a competitive international tender called by the Environmental Protection Department (EPD) of the Government of the Hong Kong Special Administrative Region.

The project will bring together the strengths of two companies in their respective fields to deliver a world class waste management project.

The Engineering, Procurement and Construction (EPC) phase will be undertaken by Zhen Hua, one of the biggest construction and reclamation companies in Hong Kong with strong civil and marine works experience.

The EPC phase will involve the reclamation of an area of about 16ha, design, engineering and construction of breakwaters, as well as of the IWMF, and its related port facilities on the reclaimed island.

During the EPC phase of the contract, Keppel Seghers will provide its proprietary waste to energy (WTE) technology as well as project implementation and execution of the mechanical treatment plant, power island and desalination facilities.

Subsequently, Keppel Infrastructure Services will undertake the Operations and Maintenance (O&M) of the facility for 15 years after it is completed in 2024.

For its roles in the EPC and O&M phases, Keppel Infrastructure’s share of the total contract is approximately HKD 11.3 billion (US$1.44 billion) with up to an additional HKD 9.6 billion (US$1.23 billion) for escalation provisions and other contingencies.

According to Keppel Seghers, the IWMF is a landmark project for HK’s waste management. It is Hong Kong’s first integrated facility for municipal solid waste.

As a key part of Hong Kong’s waste management strategy, it is able to reduce the total volume of waste treated at the facility by more than 90%, thus extending the lifespan of landfills.

The IWMF comprises a WTE Plant, a mechanical treatment plant and ancillary facilities, which include an administration building, visitor centre, port handling facilities, as well as and desalination and wastewater treatment plants.

In addition, the WTE Plant will also use Keppel Seghers’ flue gas cleaning system, ensuring that the plant’s emissions will comply with Hong Kong and EU standards, which are amongst the most stringent international standards available.

Capable of producing approximately 480 million kilowatt-hours (kWh) of gross electricity per year, the surplus electricity beyond plant consumption will be exported into the grid.

The exported green energy will power up to 100,000 households and help reduce 0.44 million tonnes of carbon dioxide per year.

The IWMF will also feature a 200-tonnes-per-day mechanical treatment plant for sorting and recycling of glass, plastics and metals, which will be transported back to Hong Kong for further processing into end products.

The IWMF will have extensive greening that will integrate it seamlessly with its natural surroundings. As part of the Hong Kong government’s holistic approach, the IWMF will also feature a visitor gallery for environmental education, to raise awareness and drive towards a greener Hong Kong.

“Advanced waste incineration technology is able to meet stringent environmental standards and is hence one of the most widely accepted methods of waste management in developed markets,” he adds.