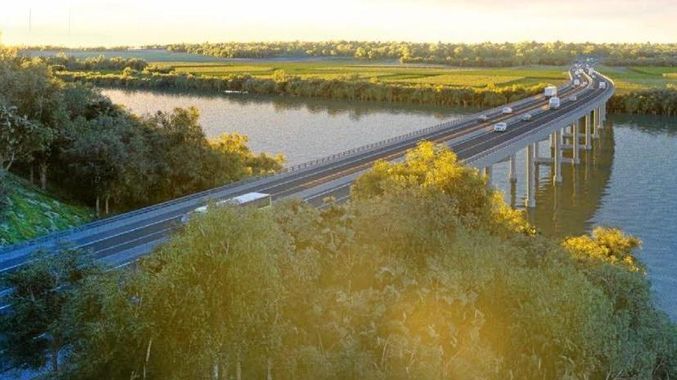 The annual awards programme honours the extraordinary work of Bentley software users advancing the design, construction, and operations of infrastructure throughout the world.

The Australian projects cover a variety of industries:

This practice improved precision and reduced the costs and safety concerns involved with typical asset inspections.

As part of the Woolgoolga to Ballina Pacific Highway upgrade in South Wales, Australia, Lendlease Engineering was contracted to design and construct a new bridge over the Richmond River, which was to be designed as a visual landmark.

Rio Tinto Iron Ore retained CADDS Group to conduct a site audit for its mine and port facilities in Western Australia, complete site verification for high-risk assets, and replace or update those assets.

CADDS Group used Bentley’s BIM and reality modeling technology to create 3D reality meshes for inspection of existing structures, and to create 3D design models for replacement or renovation of the structures where needed.

Engineering and design firm Arup has established the Australasian Project Systems Team to administer and customise its vast and complex document system.

The team uses Bentley’s ProjectWise to provide an integrated Connected Data Environment to support the entire project team, ensuring that best practices are adopted and maintained to reduce potential errors and ensure data reuse for every project.

With Bentley’s ContextCapture, Skand used the images to create an inspection report and a 3D reality mesh of the campus for ongoing asset inspection powered by machine learning and reality modeling.

Brian Middleton, vice president, regional executive for Bentley Systems, says: “We are pleased to acknowledge and celebrate these projects in Australia that have been named as finalists in Bentley’s Year in Infrastructure 2018 Awards program.

“These projects are among the 57 selected this year, which represent the most outstanding going digital advancements in infrastructure by Bentley software users around the world.”

Winners will be announced at an awards ceremony and gala on October 18 during Bentley’s Year in Infrastructure 2018 Conference, which will be held October 15 through 18 in London at the Hilton London Metropole.