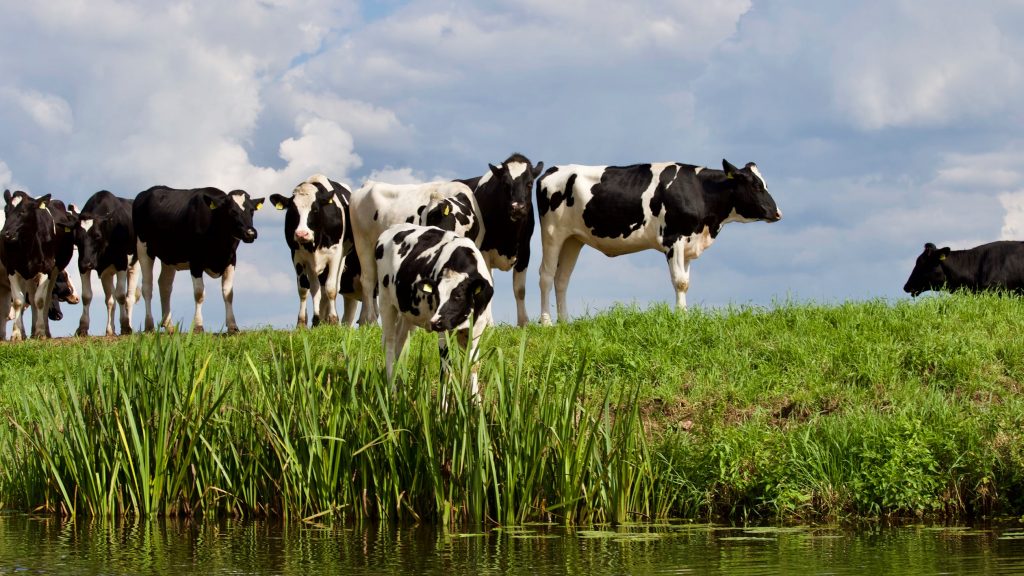 The Action for Healthy Waterways package sets higher standards around the cleanliness of swimming spots, includes a new bottom line for nitrogen toxicity, sets controls for farming practices like winter grazing and how much synthetic fertiliser is used, and requires mandatory and enforceable farm environment plans, among others.

“The Action for Healthy Waterways package represents the culmination of a decade of work that will protect water quality for future generations,” says Professor Richard McDowell.

“Broadly, the package provides a balance between acting now on the low hanging fruit, such as stock exclusion and tidying up winter grazing, and recognising that policy work is ongoing in aspects like national bottom lines for DIN and DRP.

“Internationally the use of bottom lines is common and effective. Without a goal, there’s a risk that progress will be slower than New Zealanders will accept.

“The originally proposed bottom lines would have meant 6% of surface water catchments were over nitrogen limits and 25% were over phosphorus limits. We can manage our way out of some of that with good farming practices, but recognise that in some areas land use change will be required. Land use change isn’t cheap or easy, so I support the extra time being taken to ensure science backing up the bottom lines is fit for purpose.

“To help producers manage change, I support the use of mandatory, audited farm environment plans (FEPs). These plans can isolate critical source areas that lose most of the contaminants on farms, and targeting mitigations to these areas is 6 to 7 times more cost-effective than an untargeted approach.

“The end game though is that we need to show improvements in ecosystem health. Our water quality monitoring networks will need to be redesigned to detect improvements in water quality and be linked to FEPs so that people are confident to put in mitigation strategies and get credit for them.”

Dr David Houlbrooke says, “it’s important to see the emphasis on mandatory enforceable Farm Environment Plans (FEPs) that will recognise the unique characteristics of farms and the range of systems they operate under. These FEPs allow for site-specific and targeted approaches that take account of factors such as climate, topography, soil resource and hydrology.

“A blanket approach to how individual farms operate in relation to the freshwater resource would risk not only creating an unfair playing field, but also failing to produce the kind of results for freshwater that we all want to see in New Zealand.

“If we tailor the approach to individual farms and the specific challenges they face, then that is where scientists like ourselves at AgResearch can make a real difference in supporting transformational change. We can do this by providing options for property managers around varied land uses, and by harnessing digital technologies such as smart sensors, artificial intelligence and management of `big data’, and augmented reality to envisage how these sustainability gains might be put into practice on the farm.

“This is an area where working together, with funding from the likes of the Our Land and Water national science challenge, we can make real progress in freshwater management, which is so vital not just to our farming, but to every aspect of New Zealand life.”

No longer moving backwards, but not moving forward either

Dr Adam Canning gives the Government’s policy a B+ grade on its first goal of stopping rivers getting worse. However for the second goal of restoring rivers to a healthy state within a generation, he gives them a D grade.

“There are some positive actions coming out of this, such as the fertiliser application cap, and fencing animals out of large streams. These must be closely monitored to ensure their effectiveness, and made more stringent if need be.

“But only the weakest of intensive winter grazing rule proposals have been adopted, and this will leave cows standing in 20cm of mud, without question. There is no requirement for animal shelter, which is important not only for welfare reasons, but to minimise soil pugging and erosion. The rules also do not take into account any variation in soil type.

“Even though 76% of our native fish are threatened or at risk of extinction, the STAG recommendation for a bottom line for fish health has not been included. This means there is no trigger for rivers with poor fish habitat to be improved.

“Although many of the measures proposed by the Science and Technical Advisory Group (STAG) have been recognised in the policy, they have been included largely in non-statutory form with no accompanying deadline. This means there is no accountability, no room for enforcement and leaves councils able to set goals with meaningless future deadlines.”

“The lack of guidance for fairer and more sustainable water allocation is a critical omission. Originally included in the Essential Freshwater Package, consideration of water allocation has now been deferred. The overallocation of freshwater (including groundwater) in the more arid areas of New Zealand threatens ecosystem health, fisheries, recreational values and drinking water supplies, as well as limiting use of the water resource for the most efficient and economically beneficial activities.

“Continuing to widen the focus of the National Policy Statement on Freshwater Management (NPS-FM) to include the protection and improvement of groundwater and urban water quality should be considered priorities for the next round of NPS-FM amendments.”

“The challenge in achieving healthy waterways within a generation will be the implementation of these policies, and this responsibility will fall on regional councils,” says Dr Nicholas Kirk.

“The $700 million announced to help employ New Zealanders to plant stream banks, write farm plans, and build wetlands will assist councils with implementation. But regardless, I remain concerned about council capacity to implement these new policies, especially given most councils were struggling to implement the freshwater reform package passed by the previous National government.

“To help councils, the reforms revealed a new process for updating regional policy statements and plans, which are now to be overseen by expert commissioners and tangata whenua. But adopting this new process will take time and it is still unknown how this will speed up the typically slow RMA planning process. Many questions remain about council capacity to implement these reforms, for example: how will monitoring of new attributes, such as sediment, be paid for? Who will be employed to help farmers complete environmental plans? How will spatial exemptions for certain land uses, such as vegetable growing, work in practice?”

“The Action for Healthy Waterways package is not yet complete,” says Dr Scott Larned.

“More science and policy work will be needed to define environmentally sustainable river flows and lake levels, to allocate water to users more equitably, and to define dissolved nitrogen and phosphorus thresholds for rivers and ensure that they are effective in protecting ecosystem health.”