You are at:Home»All News»Water»A suitable case for treatment
August 25, 2016 Water

The crisis in Havelock North has put the spotlight on the risks of untreated water and a national discussion on acceptable risks for public water supply is required says Water New Zealand chief executive John Pfahlert. 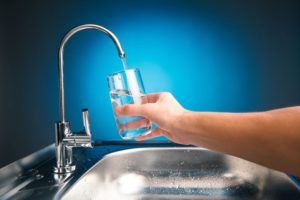 With over 4,000 people – or a third of the town – affected by water-borne campylobacter illness this rates as the worst case of illness caused by pollution from a public water supply in our history.

In summary the outbreak has been caused by infection of an untreated town water supply at an, as yet, unknown location. There is much speculation as to the cause and source of the infection, but this is rather unhelpful.

The inquiry announced by the government is not only going to look into what went wrong at Havelock North, but will examine whether there are systemic issues in the way we regulate application of the drinking water standards.

It was always going to be a case of when – not if – a community in New Zealand would be struck down with campylobacter.

Supplying a whole community with untreated water has always been a calculated risk.  In many cases the probability of infection occurring is not huge, but as we have seen, the consequences can be severe when the trade-off between risk and consequence doesn’t pay off.

Campylobacter infection is not a rare occurrence. While the number of notified cases has almost halved since new drinking water standards were introduced in 2005, there were 6837 cases in 2013 – though many of these won’t be associated with public water supplies.

Likewise, the decision by the Hastings District Council to leave Havelock North’s water untreated is not an unusual one. For instance, Lower Hutt City, which serves around 70,000 residents, does not treat its deep bore water supply – nor does Christchurch with 300,000 residents. It’s likely that around a quarter of our national population is drinking untreated tap water. Even that figure is a bit of a guess.

Councils have many different reasons for adopting this approach.  We’ve come to expect our water in New Zealand to be pure, and coming from underground aquifers, as in the case of Havelock North, there’s an extremely minor risk of contamination from source.

There is also a strong and vociferous opposition in some quarters to putting chemical barriers such as chlorine into public water supplies. Sometimes this opposition is philosophical, sometimes an objection to taste and odour.

But this is a public health issue and one that needs an independent inquiry about the role the government needs to play in the supply of safe drinking water.

Back in 2005 when the government introduced the Drinking Water Standards it set up a subsidy scheme in order to help offset the financial burden on smaller councils.  But, capped at a lamentably low $10m a year, many councils missed out.

Last year both Water New Zealand and Local Government New Zealand asked the government to reinstate this subsidy, but this time backed by a much more realistic financial backing.  We’ve suggested around $20 million a year is required on an ongoing basis. It’s time to ask again.

Drinking water quality is an issue of national significance and one that the government cannot kick down the road for local authorities to pick up without adequate support and backing. Access to clean safe drinking water is one of the expectations of living in a first world nation.  It should not be left as a burden to be carried by local authorities alone, and particularly, it should not be an unfair burden for smaller communities.

I look forward to the arms-length examination of the existing drinking water standards, as well as their regulation through the Ministry of Health, District Health Boards and councils.

As the organisation that represents the water industry, Water New Zealand is looking forward to this independent inquiry as an opportunity to identify ways of improving sector performance.

Unfortunately, the inquiry is also likely to bring everyone out of the woodwork with an axe to grind on every water-related issue imaginable. The array of “experts” being paraded by the media is astonishing.  Already we’ve had people saying that dirty dairying is responsible – even though there is very limited dairy farming in Hawkes Bay.

Others, including some Hastings councillors themselves, are bickering about who knew what and when. I say let’s leave that to the inquiry. It will determine whether the council response was appropriate and make recommendations about whether improvements should be made.

Make no mistake however – this fallout from this inquiry will reverberate for years in the New Zealand water industry. Changes will undoubtedly be recommended to the drinking water standards, their administration and related matters.

It’s up to the water industry to seize this an opportunity to improve sector performance – despite the seriousness of the circumstances being experienced by residents’ in Havelock North.