Rail, roads, schools and hospitals will be built and upgraded across the country under the new $12 billion New Zealand Upgrade Programme, but is it enough? 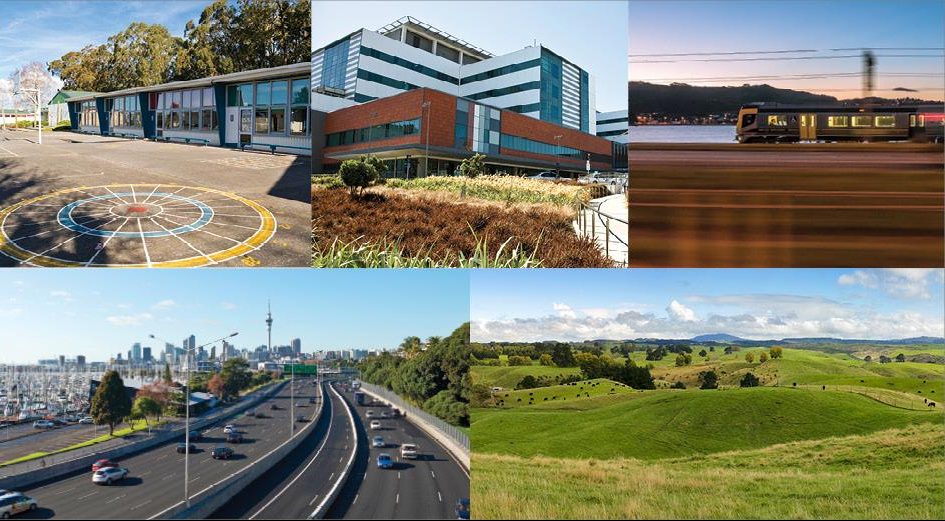 The programme includes investments in roads, rail, hospitals and schools to future-proof the economy. It will give a $10 billion boost to New Zealand’s economy over the first five years and includes transport projects to boost productivity and long-term growth.

The Government says this is a once-in-a-lifetime opportunity to invest in New Zealand – modernising our infrastructure, preparing for climate change and helping grow the economy.

Breaking the mould of decades of infrastructure underinvestment

The Government announced the details for over $7 billion of its $12 billion in infrastructure spending today. Transport investments were made across New Zealand’s growth areas, with $5.3 billion allocated to road corridors (including accompanying cycle- and footpaths), $1.1 billion to rail, and nearly $400 million on the Skypath and Seapath for cycling and walking across Auckland’s Waitematā Harbour.

The announcements also included $300 million for health facilities, the previously announced $400 million for schools, and a portion of the promised $200 million for decarbonising heating at hospitals and schools.

“The infrastructure sector has been crying out for investment and a long-term pipeline, which this package delivers. The new partnership approach outlined in the Construction Sector Accord is now absolutely critical to move these plans off the page and into the hands of Kiwis,” says Blair.

Announcements about how the $4 billion Multi-Year Capital Allowance will be spent can be expected at the May Budget and the Auckland Light Rail decision is expected soon.

“The additional spending and multi-year nature of the package should provide the sector with the confidence to ramp up recruitment, training, and capital investment, with more yet to come,” says Blair.

“Te Waihanga – the NZ Infrastructure Commission – will be producing a long-term infrastructure strategy for New Zealand within the next two years that we expect will reveal tens of billions of infrastructure need across the country.

“We call for enhanced partnership between central and local government (including the right funding and incentives), to maximise the effectiveness of this top-down investment.

“The time is right to move our attitude from infrastructure ‘costs’ to ‘investments.’ With a strong fiscal position and low borrowing costs, there has never been a better time for a long-term, multi-partisan approach to investing in New Zealand’s future wellbeing,” says Blair.

Contractors keen to get started on New Zealand Upgrade Programme

Civil Contractors New Zealand Chief Executive Peter Silcock said the announcements showed the Government was looking at a wide range of projects, including roads, was a welcome one for the country’s road builders and civil construction companies.

“Planning for many of these projects is well advanced as they have been on the drawing board for a long time. This selection will start to address the country’s infrastructure deficit, but it will be interesting to see the shape these projects take, and when they hit the ground.”

Mr Silcock said timing was critical for civil construction companies as projects like Transmission Gully, Christchurch Motorways and Waikato Expressway began to wind down, and he hoped these projects would not get bogged down in bureaucracy.

He said continuity of work was very important for the civil construction industry to ensure it could retain valuable skills and make the best use of available equipment. While the location and proposed project start dates seemed to provide good continuity of work, getting projects like this going took time and making them happen wasn’t as simple as flipping a switch.

Mr Silcock said many of the projects announced had been ‘pretty much ready to go’, but any radical changes could cause significant delays. He also lauded the Government’s investment in improved rail networks, which would build continued long-term rail construction capability.

“The Government has re-prioritised many projects towards improved road safety and multi-modal transport, so it will be really interesting to see how these projects have changed under the lens of their current policies.”

Four-lane highway improvements at Mill Road in Auckland, Tauranga Northern Link and Otaki to North of Levin showed a welcome sense of pragmatism.

He said the newly-created New Zealand Infrastructure Commission provided an opportunity to further de-politicise the infrastructure decision making process, and seeking a more impartial way forward would be a ‘wise choice’ to reduce the boom-bust nature of construction work that was currently easily influenced under the three-year electoral cycle.

Mr Silcock also expressed concern around projects proposed for the South Island, or a lack thereof, as the programme seemed heavily North Island-focussed with sparse detail on proposals for Queenstown and underwhelming investment in the rest of the South Island.

He said as well as ‘playing catchup’ in areas with high growth, it was important to stimulate growth across the wider country using infrastructure as a means of regional economic development and making much-needed improvements to the southern transport network.